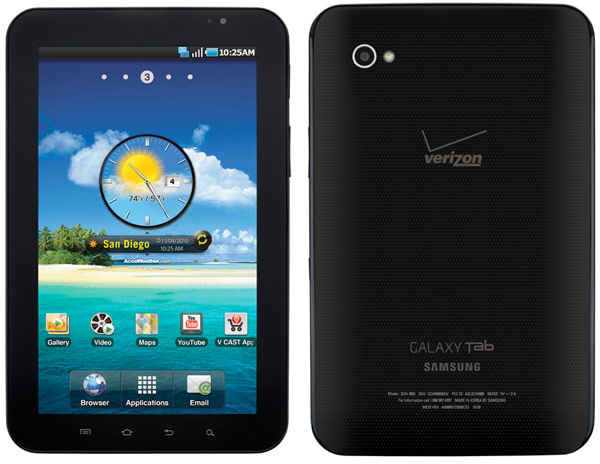 Verizon recently announced that it’ll start selling Samsung’s first Froyo tablet, the Galaxy Tab from November 11th. The device will go for $599.99, most likely without commitment, considering the large amount of money we have to pay for it. This is the 3G unit we’re talking about, that will be available with V Cast apps and bundled with a data plan, starting at $20 for 1GB (optional).

The Cortex A8 1GHz slate will also include various other mobile apps that will appeal to you: V Cast Song ID, VZ Navigator, Slacker Radio, Kindle for Android, Blockbuster on Demand, v Cast Video and more.