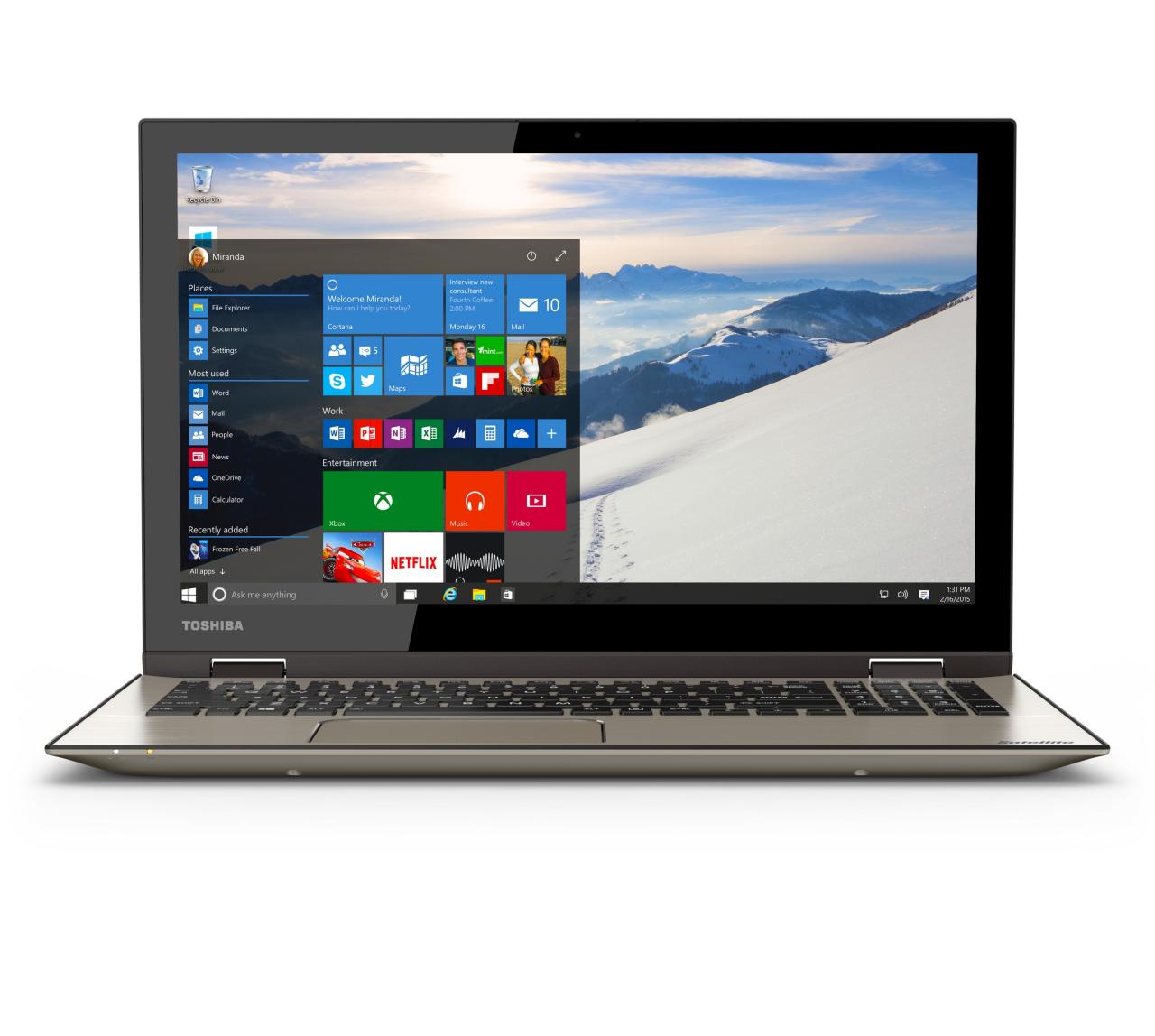 Toshiba debuted today a series of 2 in 1 laptops, that can also serve as tablets. These new models pack 2 axis hinges like the Lenovo Yoga units and they’re dubbed Satellite Radius and Satellite Fusion. 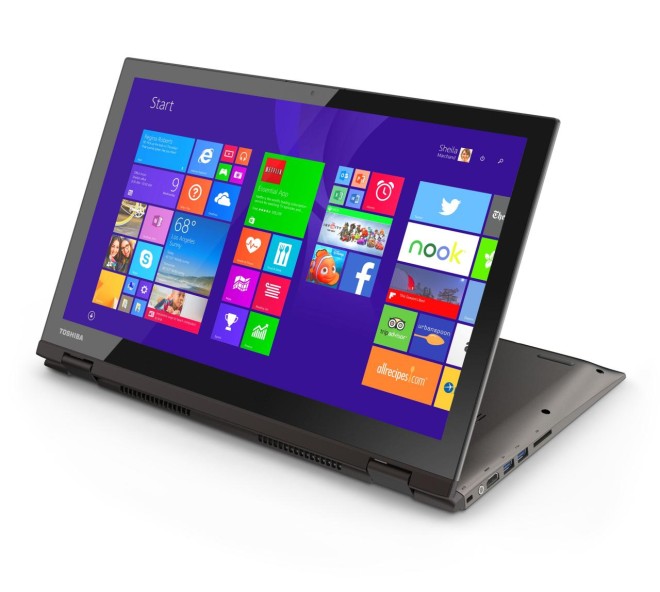 They are prepped to get Windows 10, offering quick access to Cortana via a dedicated key. Satellite Radius is a 4K convertible, that sports a 2 axis hinge, letting its screen rotate at a full 360 degrees. This provides 5 usage modes. There’s obviously laptop and tablet, but also stand, tent and presentation mode. The Radius has 3 versions, one of them with a 4K display in the mix. 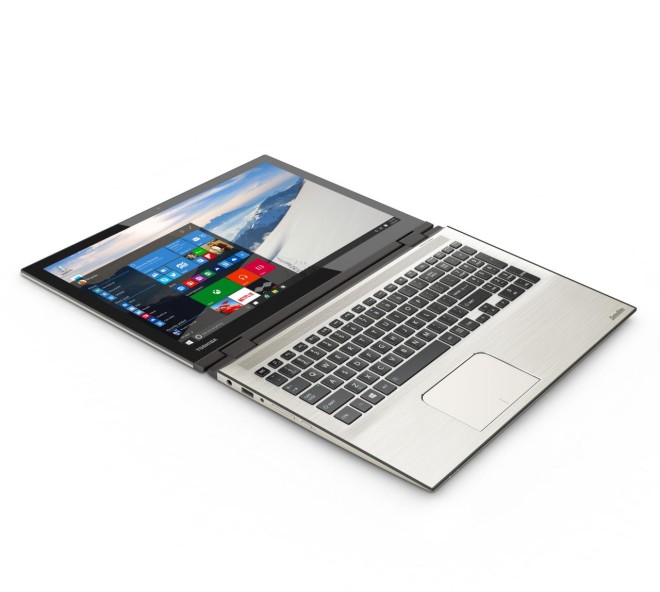 Then there’s Satellite Fusion, a lower specced model than the Radius. It also has 5 operation odes, features a 15.6 inch Full HD screen, Onkyo speakers and a 5th gen Intel CPU, plus up to 12 GB of RAM. This model is available today, starting at $649.99. 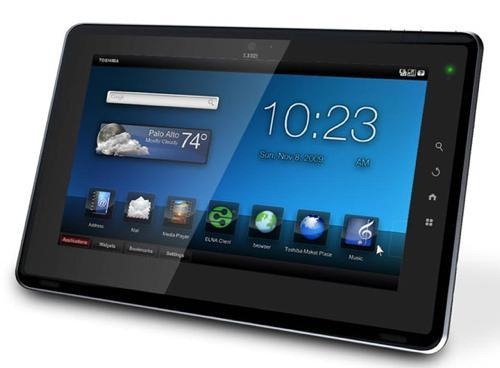