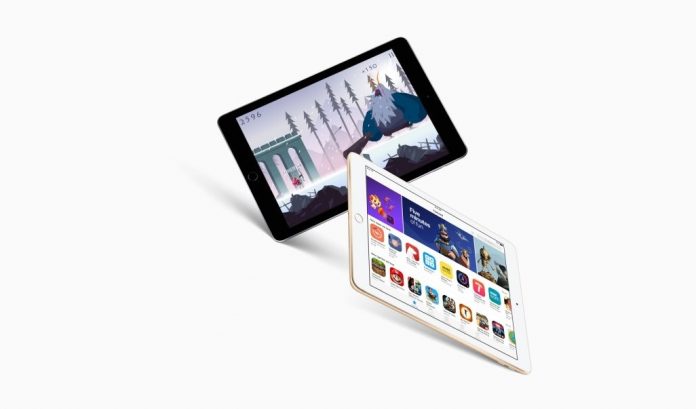 The IDC numbers are in and we’re talking about tablet shipments here, of course. It seems that Apple keeps the first spot, as expected, but several other player had a fine quarter over the past months. These are tablet shipments for the second quarter of 2018, which have decreased by about 13.5% from the same time last year.

IDC shows that there’s still room for growth, for the 2 in 1 models for example, as more and more Chrome OS and Windows, plus iOS devices adopt that format. IDC is also pretty optimistic regarding the Windows on ARM segment and its boost with the new generation of Snapdragon 850 CPUs. Now as far as figures go, Apple is first, with 11.5 million iPads shipped and a 34.9% share, followed by Samsung with 5 million and 15.1% share. 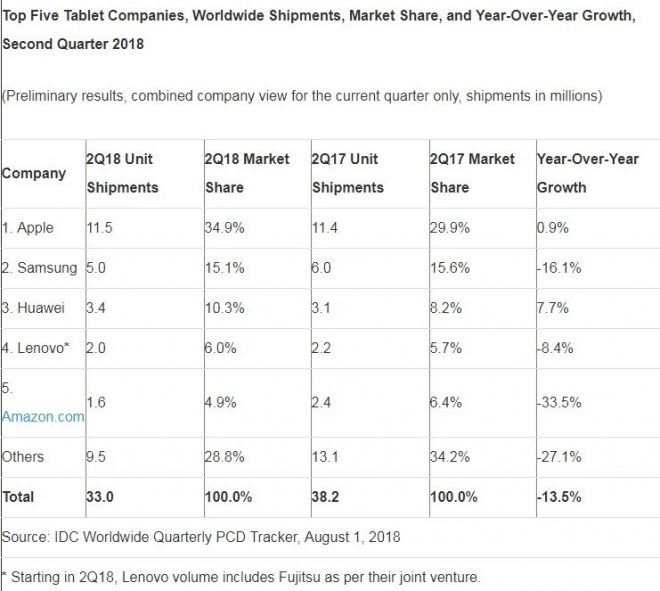 While Apple grew by 0.1 million units shipped from last year, Samsung actually dropped a million. Huawei grew to 3.4 million and 10.3% market share and Lenovo dropped a bit in shipments, but somehow grew to a 6% share. Amazon also registered some decrease. Microsoft isn’t even listed, but last I heard they had about a million units shipped of the Surface products, which is not bad for the last quarter.

We haven’t yet seen the impact made by the Windows on ARM devices, which are still in their infancy. The first HP and ASUS products felt experimental and a bit pricey. Performance was also not that great. The new CPU may solve all woes and made the products more appealing. I also expect some growth for Samsung, since it just announced two new tablets and maybe also some extra Chrome OS action, since it’s reaching tablets now.

We also had another set of figures here.