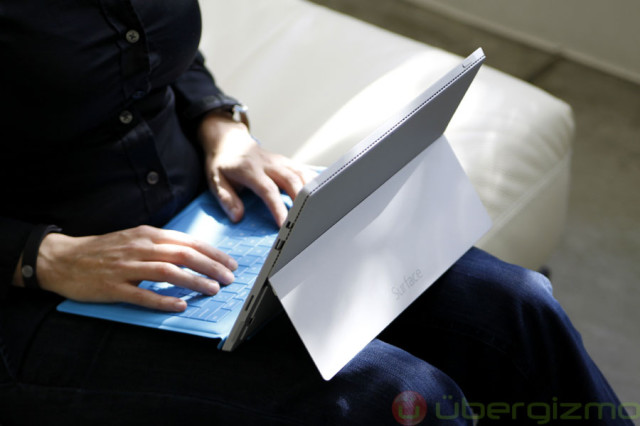 The Surface Pro 3 tablet has received its first firmware update, that deals with power management problems, among others. The update also improves the Surface Pro Pen, allowing the stylus to double click to capture and save screenshots.

You are required to use the OneNote Modern app for Windows 8.1 to actually get that new capture feature with the stylus. Microsoft is said to be working on updates for this Surface model based on the public’s feedback. Some people have been complaining regarding the placement of the Windows button on the side (when you use the slate in landscape), triggering it by mistake when you’re brushing against it.

This is one of the problems that could be solved by a future update, as well as the stylus sensitivity and lag, that have also been quoted by a few reviews and users. A fix should disable the Windows button when the stylus is touching the screen and the button will stay disabled when the pen is lifted for a few seconds, just in case you decide to use it again. All of these fixes are in the making and they will be coming soon.