Even if Sony won’t bring at Mobile World Congress 2015 its next flagship from the Xperia Z range, it seems that we still have something really amazing to get our hands on. Last night, by mistake, Sony leaked some pictures with the Xperia Z4 Tablet in the Xperia Lounge app.

Shortly after, Sony decided to delet the photos, but thanks to some vigilant eyes that captured the screen from the app, we can see the images too. As expected, this new device will be launched at the Mobile World Congress in Barcelona in less than a week, more precisely on March 2nd. 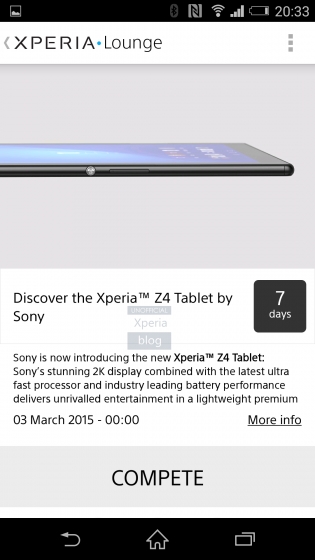 We notice the fact that the design pictured above is pretty similar to the one found at Xperia Z3 Tablet Compact, device characterized by a case with rounded edges and a 6.4 mm thickness. According to the images, Z4 Tablet will pack a 10.1 inch Quad HD display. 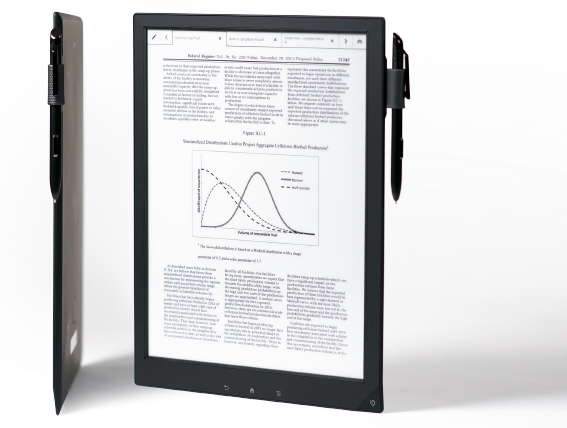