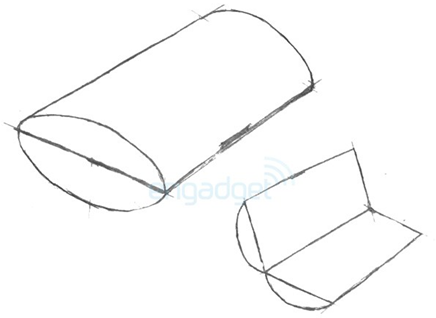 Believe it or not, the Sony “PlayStation” tablet is real and not only the S1 model uncovered by Engadget, but also an S2 dual display slate. The latter is powered by Android, most likely Honeycomb. This new unit is supposed to be a clamshell device with dual touchscreens, each measuring 5.5 inches in diagonal.

When closed, the unit is supposed to adopt a cylindrical form factor and Engadget’s sources claim that the Android 3.0 version on this product is a customized one, with apps optimized for the two screens. Just like it was rumored for the S1, the S2 will use Sony’s Qriocity media service, that supports movie and music streaming straight to the device.

No info on whether or not PlayStation features will be available… As far as specs are concerned, rumors mention a Tegra 2 chipset, support for WiFi and 3G, plus front and rear cameras. Supposed price tag is $699, but I wouldn’t count on this device to ever be launched, considering that even inside Sony it’s getting some bad reception.