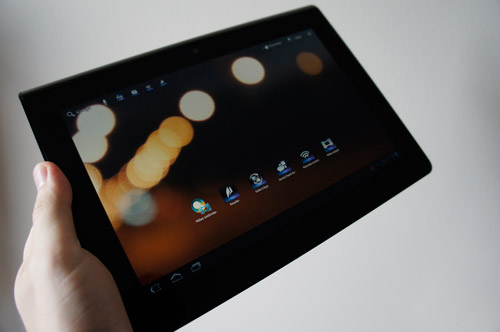 In spite of having been found an inadequate product by us in this review, the Sony Tablet S is apparently part of a dominant share of the market in the UK, according to Sony. The company claims that the Tablet S and Tablet P get around 26% of the UK non-iPad tablet market. That’s a consolation prize, really and I wonder how much of the rest of the non iPad segment ASUS gets, especially with that ASUS Eee Pad Transformer that sold so well.

GfK data shows that the Tablet S and Tablet P are the most popular Android slates in the UK, at least from October, with the 26% of the market giving the verdict. The figure was calculated by value and not units sold, so it may not be entirely accurate. Full quarterly results weren’t available for analysis, partially because GfK allowed two months for returns, so enough time to count leftovers for example. If we have a look at the tablet share data for most of 2011, Sony is out of the top 5, so no luck on that area of the playfield.

The Tablet S has as unique factor the IR blaster for remote controlling gadgets around the house, right down to the home theater subwoofers. The design is also seen as unique and innovative, although I found it to be a pain, especially when you tried to press the buttons on the side and you couldn’t see them, so you had to feel them. This model and the Tablet P don’t even come close to the Apple iPad and with Amazon not selling the Kindle Fire in the UK, Apple remains the hotshot locally.