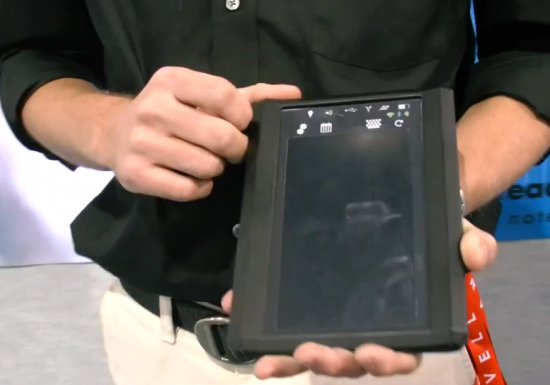 0RChard is a startup from Southern California, that recently unveiled a rugged tablet, called the Toughlet. This model was shown at CES, but didn’t get too much press, at least up until now. What’s unique about this device is that it sports a 7 inch Pixel Qi display, protected by Gorilla Glass technology and has webOS as one of the platforms of choice to run on it.

The Pixel Qi screen insures bright colors when viewing content indoors and a high contrast experience with great sunlight readability outdoors. The device uses a titanium-aluminium alloy casing, that’s protected against dust and moisture with a special sealing and weatherLox technology. The rear cover of the Toughlet is covered with Rhino Liner, that’s a very tough spray-on liner, usually involved in pickup truck beds, since it’s both protection and easy grip as advantages.

The batteries are also rugged on this 0RChard Toughlet tablet – Nickel-Zinc units and they can withstand extreme weather conditions. The Toughlet has a decent set of specs, that includes a dual core 1.2GHz processor, (Cortex A8), 1GB of RAM, 2 SDXC slots, a USB and Firewire port, built in flashlight and an 8 megapixel camera at the back with dual LED flash. A front facing camera will also be added, as well as hardware buttons. The unit was demoed with Android, but it can also be configure with Windows 8 and even webOS from HP. The price will be around $550 in the starting version. 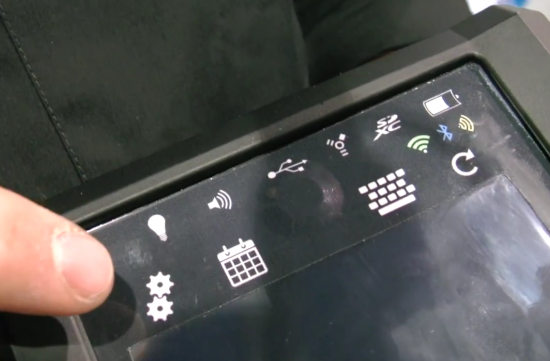