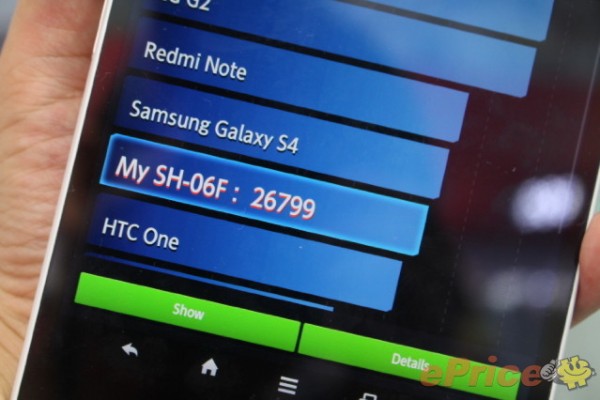 After last month we found out that Sharp announced  a new tablet called Aquos PAD SH-06F, one of the lightest 7-inch slate on the market that comes with very thin bezels, now we find out that this device is already in stores from Japan at a $680 pricetag. Also, we have the opportunity to take a look on how the tablet manages to handle in a benchmark test. 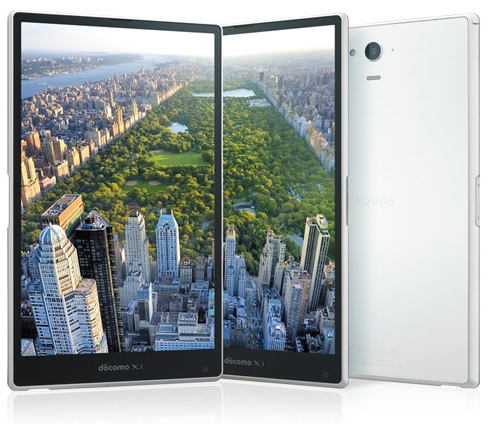 As you can see, Sharp Aquos PAD SH-06F gets a 26.799 score in AnTuTu benchmark test, 20.627 points in Quadrant Standard and a 59.36 fps frame rate in Basemark 2.0. It seems that this tablet is under Samsung Galaxy S4 regarding performance, but that it also gets a higher score than a HTC One (M7).

Sharp Aquos PAD SH-06F comes with a 7-inch IGZO TFT display with a Full HD resolution, a Qualcomm Snapdragon MSM8974AB quad-core processor clocked at 2.3 GHz, 2 GB of RAM, 32 GB of storage, a microSD card slot up to 128 GB, a 8.1 megapixel camera on the back and a 2.1 megapixel front-facing sensor. 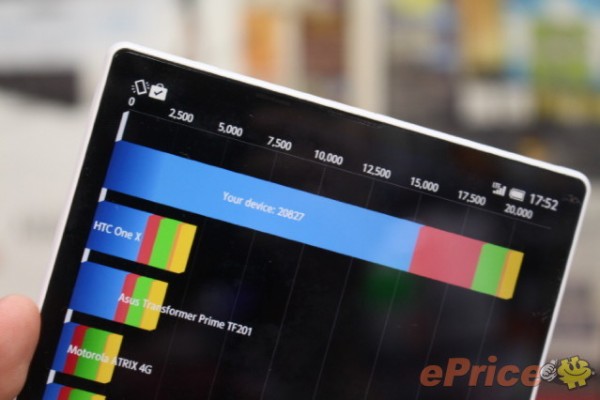 This tablet also packs 4G LTE, WiFi, Bluetooth, NFC, GPS, Android 4.4.2 KitKat and a 4.200 mAh battery. Among the special features we notice the IPX5/7 water resistant certification, a built-in TV tuner and a function that allows to quickly charge the battery. Sharp Aquos PAD SH-06F weighs 233 grams and measures only 8.4 mm in thickness. 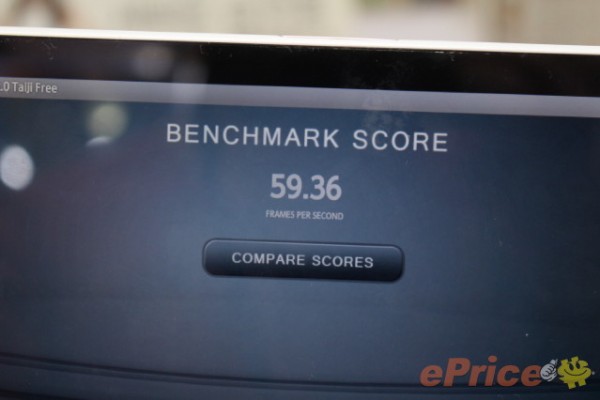