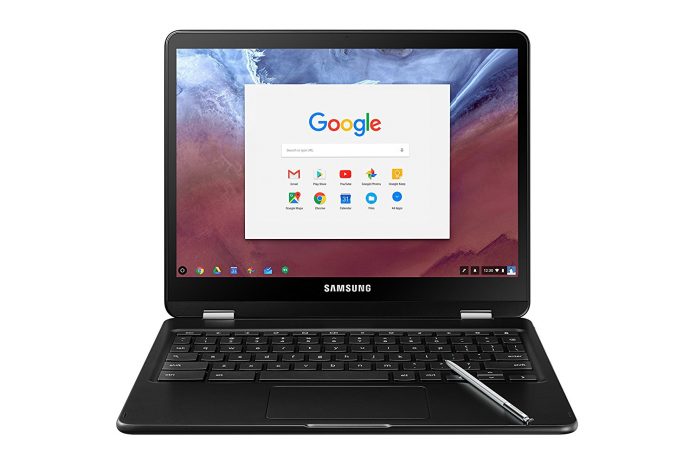 We already knew that Samsung was preparing a new Chromebook, but details were quite scarce. What’s sure is that it was going to be a 2 in 1 machine and today we learn that it’s about to come with a silo and stylus. More info below.

Samsung’s next gen Chromebook is going to be both tablet and laptop, with a detachable keyboard. The info comes from the Chromium repository, judging by the latest entries, that hint at the presence of a stylus. Last month we saw references to a device codenamed “Nautilus”, popping up in the Repository. The hints suggest a “tablet mode” and a “base” piece, which it can hook up to.

The device is obviously a touchscreen-based one, with Chrome OS and Play Store support, plus Google Assistant, probably. The stylus is also mentioned in the code through the “PEN_EJECT” feature. A storage area for it will be included on the device, something like a silo. Samsung already had a pen on the Chromebook Plus and Pro models and Google also offered one on the PixelBook.

That one ran on batteries, but Samsung’s probably won’t. CES 2018 could bring us this new Chromebook, perhaps even with one of those rumored Snapdragon 845 CPUs.