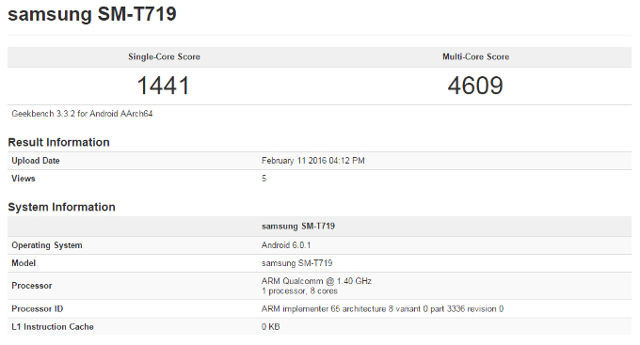 Mobile World Congress 2016 is almost here, the biggest world tech event, one that promises a lot of new smartphones, smartwatches and of course tablets. About tablets we’re talking today, more precisely about Samsung, producer that might bring some new devices in Barcelona. According to a benchmark test, the South-Korean producer is developing a tablet with model number SM-T719.

Apparently, we’re dealing here with a 8-inch version of a device that might be called Galaxy Tab S3 eventually, a proper replacement for the 2015 Tab S2. Unfortunately, the screenshot above doesn’t reveal too much, just the fact that Android 6.0.1 Marshmallow is pre-installed here, and that we’re getting an octa-core Qualcomm Snapdragon processor clocked at 1.8 GHz.

We could get 3 GB of RAM memory, an Adreno 510 GPU, a 8-megapixel rear camera and a 2-megapixel front-facing sensor. Taking in consideration the fact that the Galaxy Tab S2 was really slim at 5.6 mm, we could see a similar form factor on the SM-T719 as well. 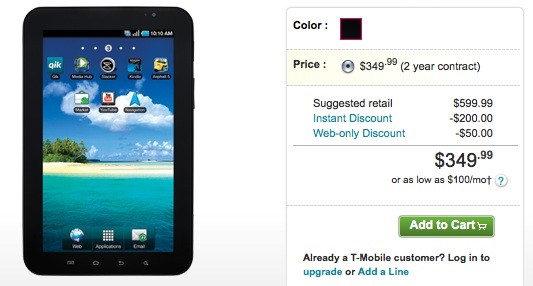