We’ve recently spotted a list of Samsung Galaxy Tab’s brandings for carriers all across the world and they also included AT&T. Now, the Wall Street Journal is claiming that the slate might also reach Verizon and Sprint, as well, supporting their statement with sources from inside the industry. 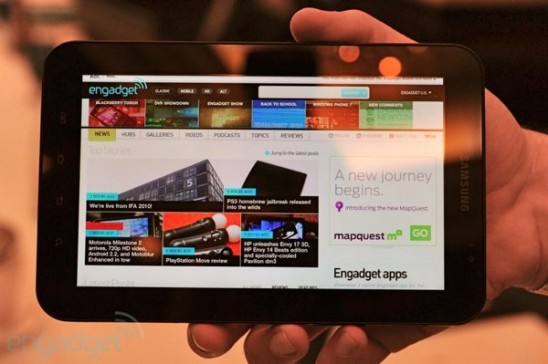 Apparently, we could see GSM, CDMA and even WiMAX versions of the device, the last of which could happen due to Sprint. In other news Samsung has an event scheduled for the 16th, this Thursday, taking place in New York and possibly related to the Tab’s US unveiling. Let’s see which will be first carrier to get the device out.