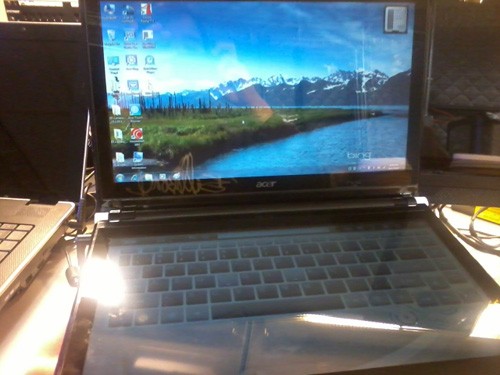 Although Acer’s not among the companies rushing to get a high spec tablet out there, they’ve got a nifty product of their own coming, as shown by this recent leak. We’ve just spotted their dual screen full size netbook, pictured below and packing 15 inch screens. The prototype was spotted by TechReviewSource.

Both displays we mentioned are touchscreens and one of them will probably replace the traditional keyboard and trackpad thanks to touch input. These displays could support multitouch and drawing gestures, plus the device should feature Windows 7 and a 2.66GHz Core i5 CPU. Specs are subject to changes, as the notebook is supposed to ship in late 2011. 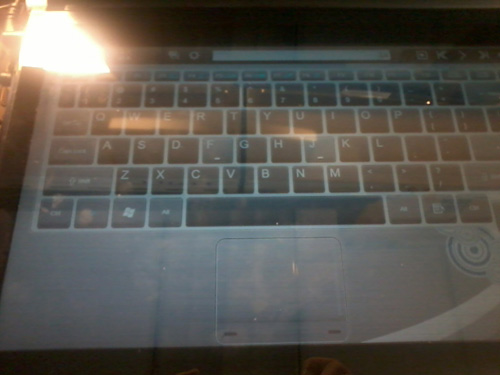 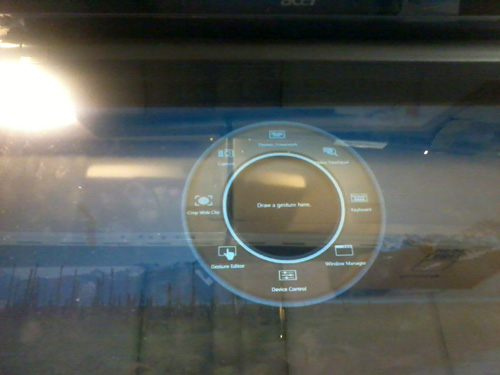