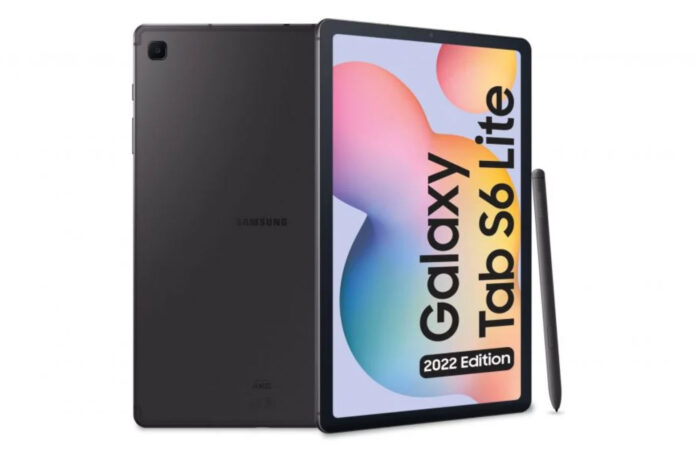 The design will be the exact same as the one of the original Tab S6 Lite from 2020. It even shares some specs and features with that model. The core difference is the CPU and software. While the CPU was covered above and it’s quite modest, the same one from the Galaxy A72 4G, which was definitely no powerhouse. We also get Android 12 and One UI 4.1 out of the box, which is a good pieces of news.

The previous Tab S6 Lite had Android 10 and One UI 2.x. Samsung Galaxy Tab S6 Lite 2022 Edition will feature a 10.4 inch TFT LCD display with a 2400 x 1200 pixel resolution and stylus support. It should offer an 8 megapixel rear camera, a 5 MP front shooter and dual stereo speakers. There’s a 7040 mAh battery and 15W charging. The tablet is said to be sold in Wi-Fi only and LTE versions with the same 4 GB RAM and 64 GB storage combos. The prices are 379 euros and 439 euros respectively.

There should be an S-Pen bundled.

Samsung Galaxy Tab (WiFi-Only) Priced at 299 GBP, Available in the...