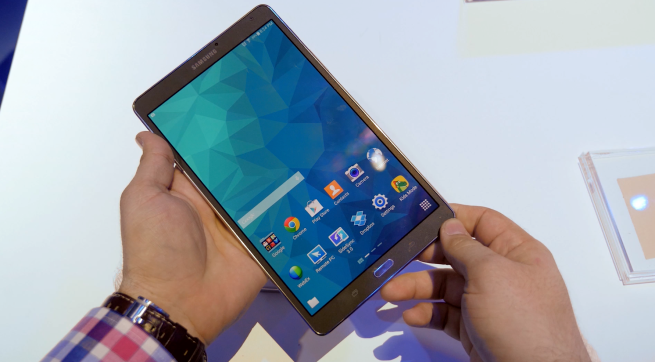 If you’re looking to buy a tablet this summer, you may as well go with the Samsung Galaxy Tab S and its cool Super AMOLED screen. The product arrives on June 27th and pricing starts at $400, which doesn’t sound bad at all.

The devices from the Galaxy Tab S series were announced last week during a special Premiere event in New York. Preorders have already started and the June 27th released applies to the States, by the way. The Galaxy Tab S is sold directly via the Samsung website, plus retailers such as Amazon, Best Buy and Sears. The slate is available in two options: a 10.5 inch one with a $500 price tag and a smaller 8.4 inch model with a $400 tag.

ASUS MeMo Pad Gets Unveiled After CES 2013, Without Official Event