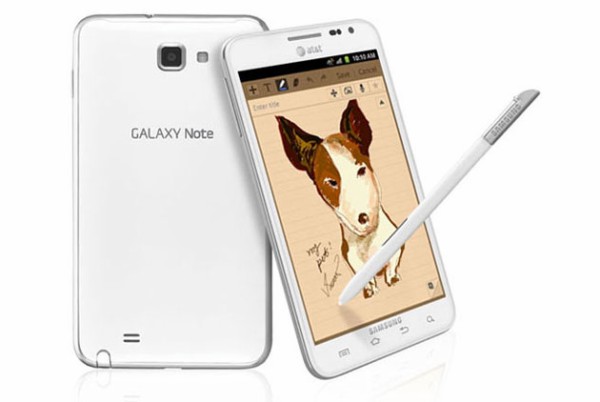 AT&T’s Samsung Galaxy Note is a device that people have been talking about for a while now, but the price and launch date were nowhere to be found till today. We finally found out that the 5.3 inch smartphone/tablet hybrid will be available on AT&T starting February 19th for $299.99 and preorders will start on February 5th. In the meantime, be sure to read our review here and watch our video review, that already gathered tens of thousands of views.

The device costs the amount mentioned above with a new 2 year contract and it will be available in two colors: carbon blue and ceramic white. You can also preorder the device at your local AT&T store and you should know that preorders processed by February 15 will arrive at the user’s house by February 17. There was a speculation at some point that this device and its pretty stylus won’t make it to USA, but it’s all smoke and mirrors apparently. Galaxy Note is a great gadget and manages to truly replace a tablet and smartphone.

The display is great, very bright, has great viewing angles, there’s a nifty 8 megapixel camera on board with 1080p video capture, a dual core processor and enough memory to last you for tons of discographies and movies. Not sure if you’ll dig the white version of the gadget as much as the black one, that’s certainly classier and more business-like. If you ever felt that the Galaxy Nexus is too small, this is the perfect replacement.