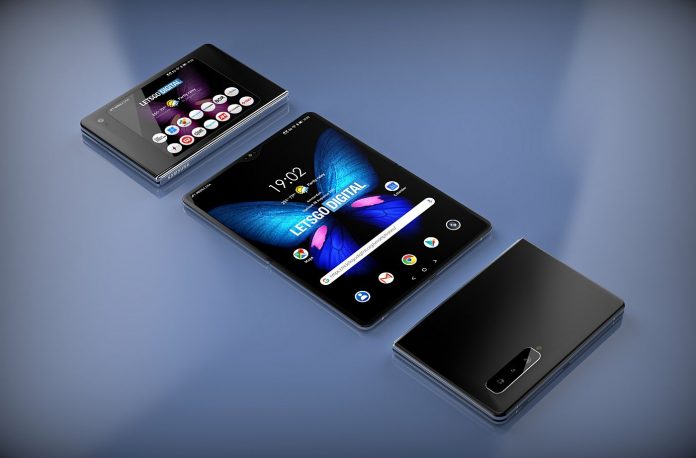 We’ve seen various proposals of designs for the future Samsung, LG, Oppo or Xiaomi foldables, but very few have been approved so fast. The new design patent for the Samsung Galaxy Fold 2 was applied for on August 14th and approved on August 26th, which is a bit of a record. Now we try and analyze the new format, courtesy of some Letsgodigital.org renders.

It seems that Samsung is ready to make some changes to the design pioneered on the Galaxy Fold. This time we see 3 models, with different placements of the front notch (left, right, center) and also with a hinge that’s placed horizontally not vertically. There also seems to be an external screen and this thing looks a bit like a Nintendo DS or PDA. 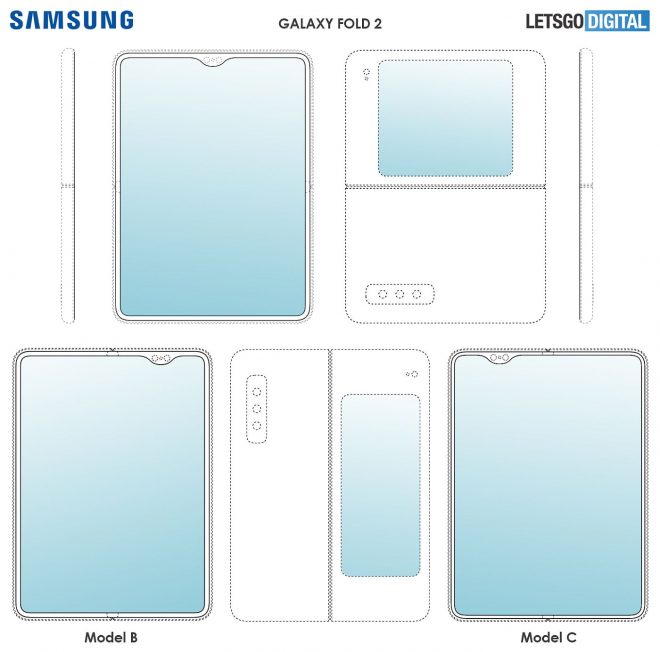 The result is a short and wide device when folded. The hinge is now minimal, sans openings and vulnerabilities. I wonder if they cracked the whole foldable glass protection thing just yet… This device has a total of 6 cameras, 3 at the back, 2 in the notch and extra one on the front. We’ve heard rumors that Samsung was preparing an 8 inch screen Fold 2, but recently there were talks about a smaller 6.7 incher… 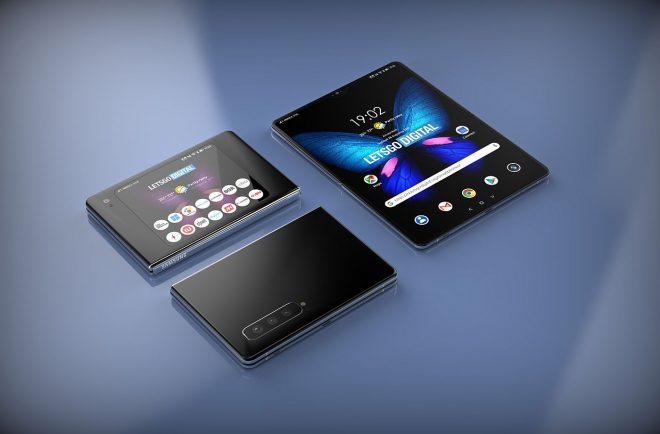 While the first Galaxy Fold was long and narrow, this one will end up being short and wide. Expect a MWC 2020 unveiling, 5G support and perhaps the Exynos 9825 CPU, or maybe a newer one. In the meantime the Galaxy Fold is up for registration in China and there are signs it’s coming to India too. The launch is scheduled for September. 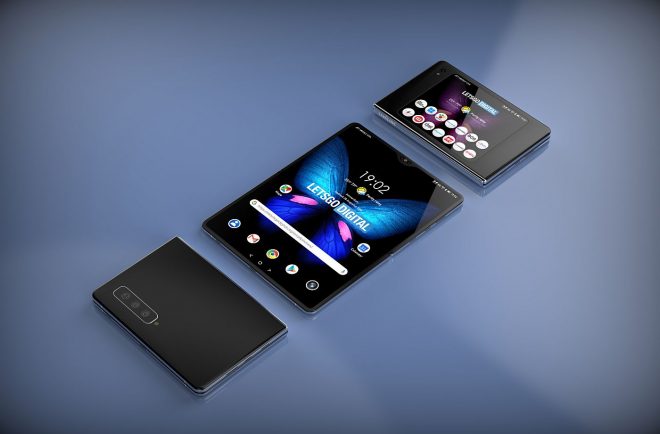 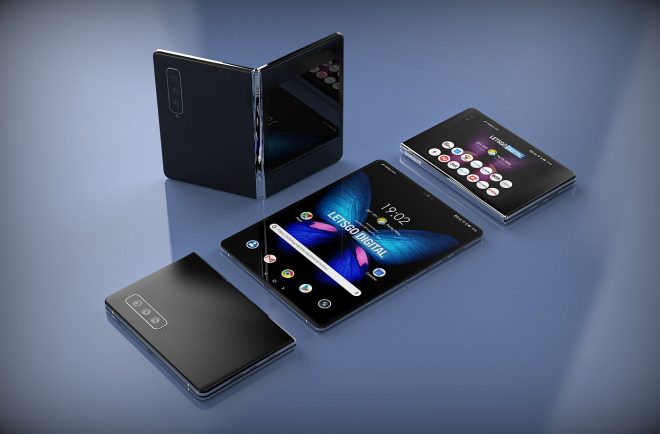 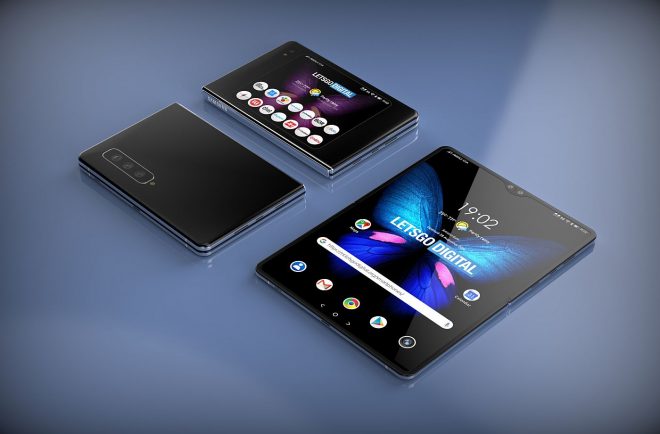