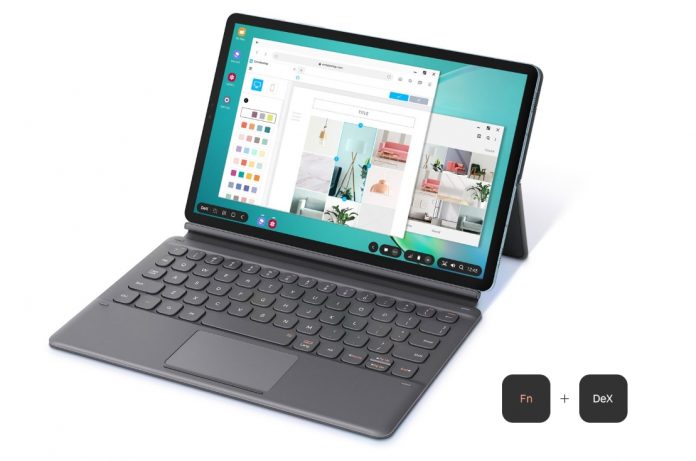 Samsung and Huawei were quietly battling for a minute there, for the premiere of the first 5G tablet, but Samsung seems ready to claim it. We thought it was going to be the Huawei MatePad Pro, but that one has yet to debut in a 5G version. Samsung has confirmed that the world’s first 5G tablet will be launched in Korea in Q1 2020.

It’s the Samsung Galaxy Tab S6 5G and I’m really curious if it stays the same specs-wise. It’s very likely to debut next month during the February 11th event meant for the Galaxy Fold 2 and Galaxy S20. The slate will probably keep the same Super AMOLED 10.5 inch 2560 x 1600 pixel display and the slim metal body, with a waistline less than 6 mm in thickness. We could also get the same Snapdragon 855 CPU inside, unless Samsung wants to up the stakes with a S855+ or S865 chip.

There’s an S Pen in the mix, attached magnetically to the back side, in a special slot. Of course we also have a keyboard, that hooks up to pogo pins. Other than that it’s all 6 or 8 GB of RAM, 128 GB or 256 GB of storage and a dual back camera with a 13 MP and 5 MP sensor. The OG model already had 4G connectivity, ANT+, USB-C, WiFi dual band, GPS, but no NFC. I expect the 420 gram weight to increase, on account of the extra components and maybe also a battery upgrade.

We’re just speculating and spitballing here, so don’t read too much into it. In the end, it’s probably the same Tab S6, but with a 5G modem. I expect a $100 or $200 price hike at least.

Don’t forget about Android with DeX functionality, that brings a Windows-like UI.