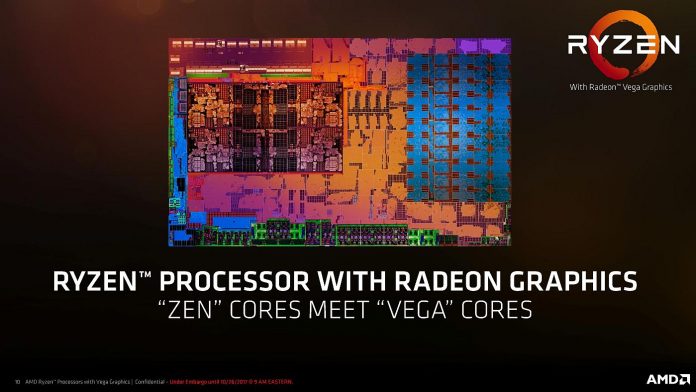 AMD bets big on mobile platforms, debuting the Ryzen Mobile APU series, which just became official this week. It already has a few laptops associated, with some solid firepower. The Ryzen series has been all about performance so far, with Threadripper and high end cores. However, now there’s a laptop setup with Zen cores and Vega graphics in a single piece of silicon, an APU.

The newcomer is a single silicon chip, with 4 Zen cores, up to 10 Vega compute units and an unified power delivery system. All of those come just under 15 W. AMD promises +200% CPU performance and +128% GPU performance over the previous laptop chipsets. 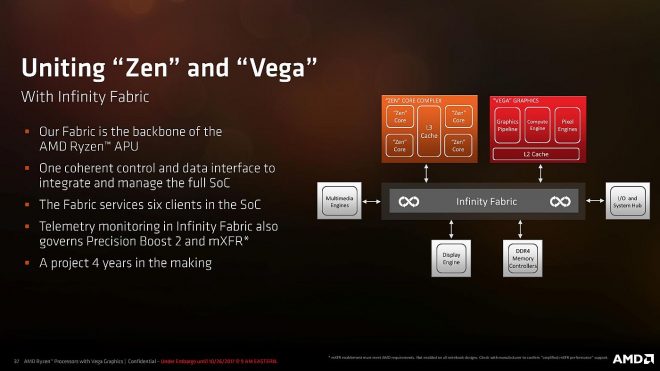 There are 2 versions of the new AMD Ryzen mobile chipsets:

There’s multi threading support here, with 8 threads in total. The memory support is up to dual channel DDR4-2400, but AMD said that laptop OEMs will be the ones to decide which memory modules to use. There are 3 new laptops to inaugurate the platofrm: HP Envy X360, Lenovo Ideapad 720S and Acer Swift 3. The HP one has dual channel RAM up to 8 GB, 512 GB SSD or 1 TB HDD storage and weighs 2.15 kilograms. 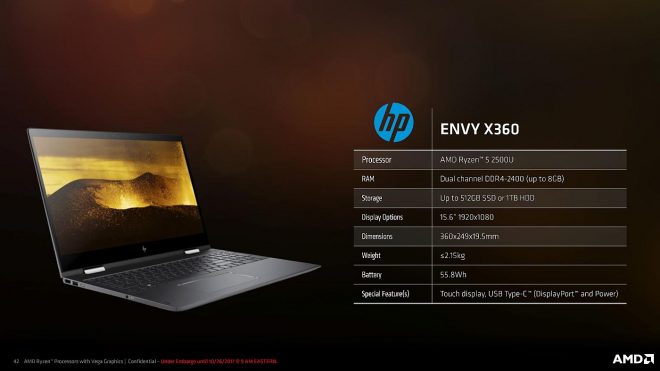 It has a 15.6 inch Full HD screen and a touch display. The Lenovo one goes on a more simple path, with single channel RAM, 1.14 kilogram weight and USB Type-C port. Acer Swift 3 has dual channel RAM, up to 256 GB of SSD and weighs just below 1.8 kilograms packing an IPS display. HP Envy goes for $699, while the Lenovo model and the Acer one don’t have prices yet. 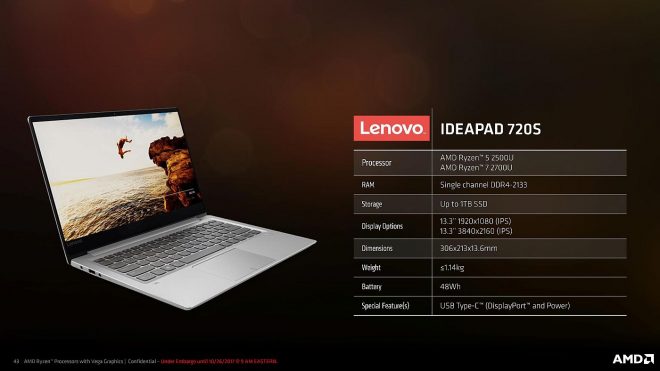 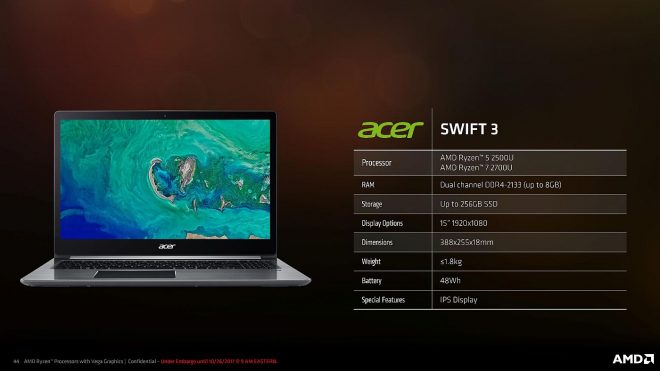 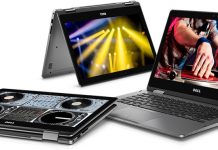 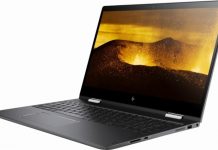 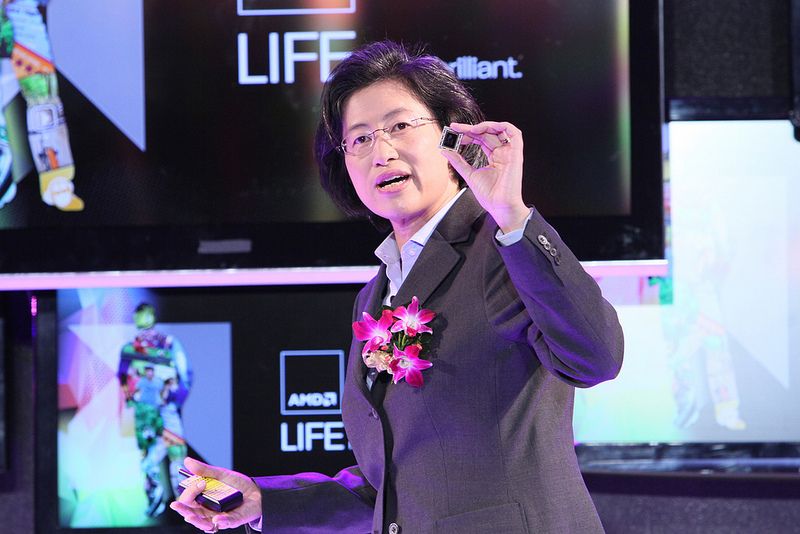