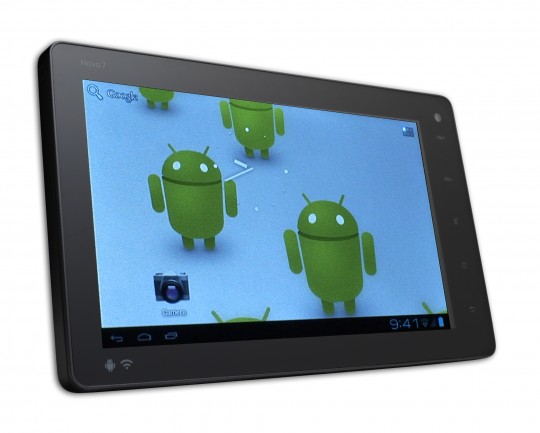 Can you imagine an Android 4.0 Ice Cream Sandwich tablet that costs a mere $100?! Some are still waiting for the first slate with this OS to be announced, but apparently one of the first 4.0 version slates is the NOVO7, a very affordable unit made in China. The product was made by Chinese company MIPS Technologies and it’s certainly a low end piece of work.

NOVO7 is promoted as “the first Ice Cream Sandwich tablet” and it’s certainly a landmark of how low prices can go for an ICS device. The tablet is a 7 incher with a 1 GHz processor, a 2 megapixel rear camera and a front facing camera with unknown resolution. Surprisingly enough, the display on the NOVO7 is capacitive, but the resolution is unknown, although 1024 x 600 or 840 x 400 are solid guesses.

The maker of the slate praises its low power usage, claiming that web browsing will draw a mere 400mA and that the device will offer a 30 hour standby time. No trace of real mAh evaluation and as far as the rest of the specs go, you get 4GB of on board storage, WiFi and a microSD card slot. Android Market is by no means present, although with a bit of hacking, even that can be activated.

Well, at least the tablet ships with a preinstalled Spiderman title… appealing right? The problem here is the shipping and handling cost, that will set you back $60. I guess it’s better to save for an Amazon Kindle Fire… 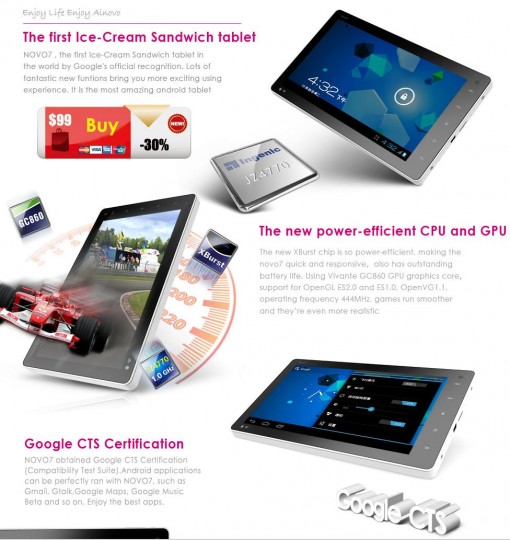 Nexus 7 and Nexus 10, Plus Major Nexus Devices Getting Android...