Samsung has big plans for the future and while it may not follow Apple’s advice on not using a rectangular shape on tablets, the company surely has some tricks up its sleeve. One of them is using flexible panel technology for the next generation tablets and their displays. The result could look like the foldable, flexible slate below.

This concept shows us a 3D tablet, that’s transparent, bendable and able to translate simultaneously what someone is saying. The device’s display also shows holograms, apparently and the entire experience looks a bit sci-fi, but still slightly doable with current technologies. Samsung has shown during trade shows the flexible panels it has come up and neither they nor Sony have something viable yet to give to the mass market.

While transparent screens aren’t that amazing anymore, a panel that folds, bends and changes size is surely impressive, especially if it’s also 3D and transparent. Another problem here is the way to integrate a battery in such a device… how would they do it?! And also, how would they make the slate so thin and flexible? The solution here would be organic materials and solar charging, but once again we’ll have to let technology follow its course. 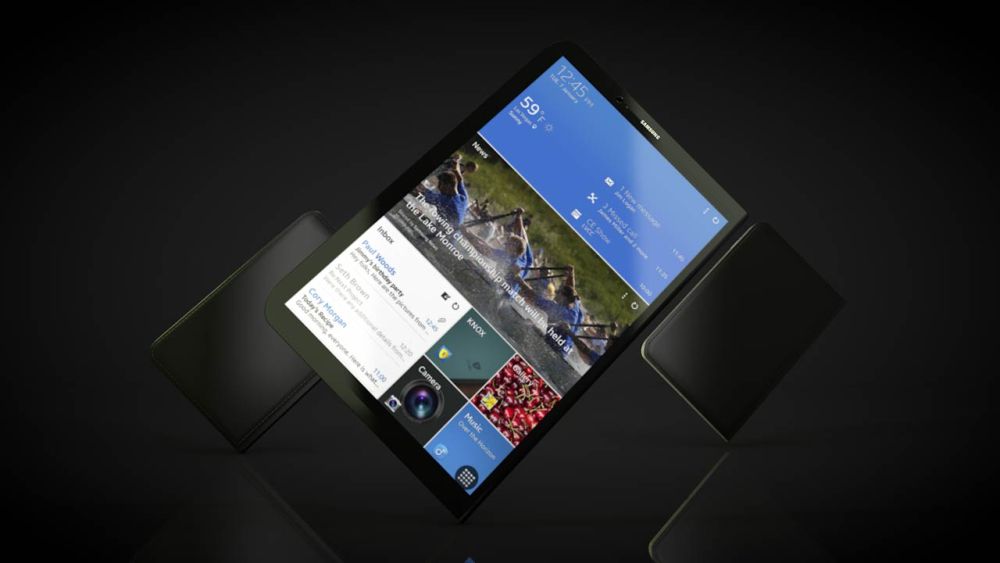