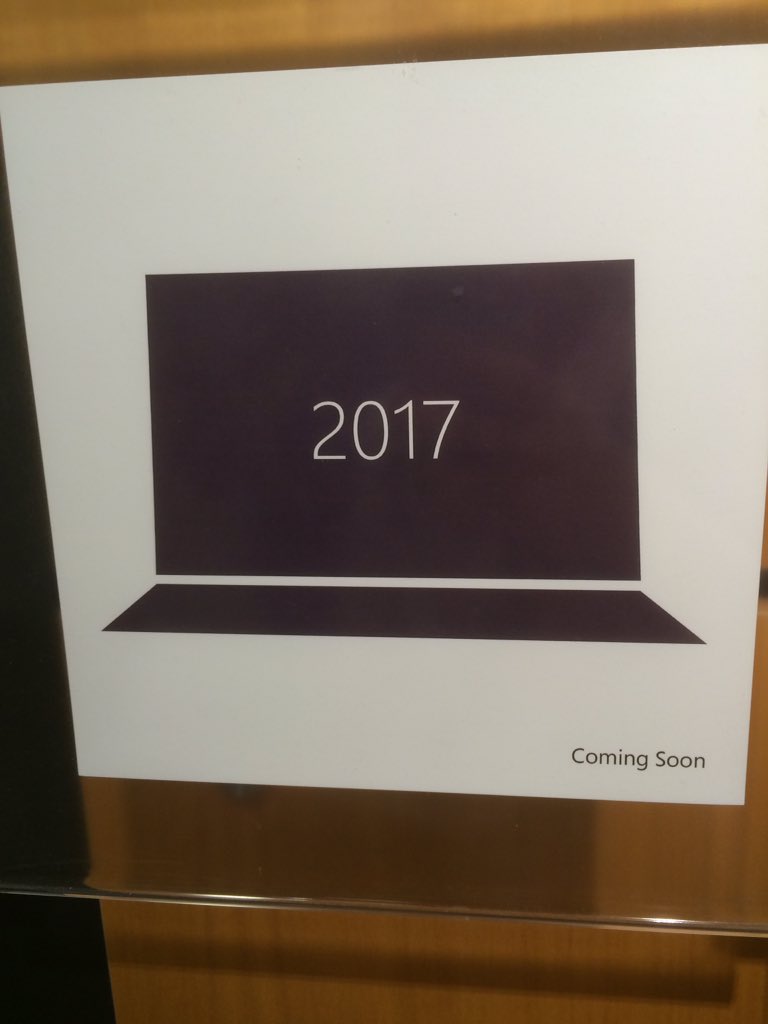 We knew that Microsoft decided to skip 2016 and release a new Surface Pro and Surface Book model in 2017, but it appears that hints related to the new Surface models are already… surfacing (yes, I just did that). One of them is the posted below. 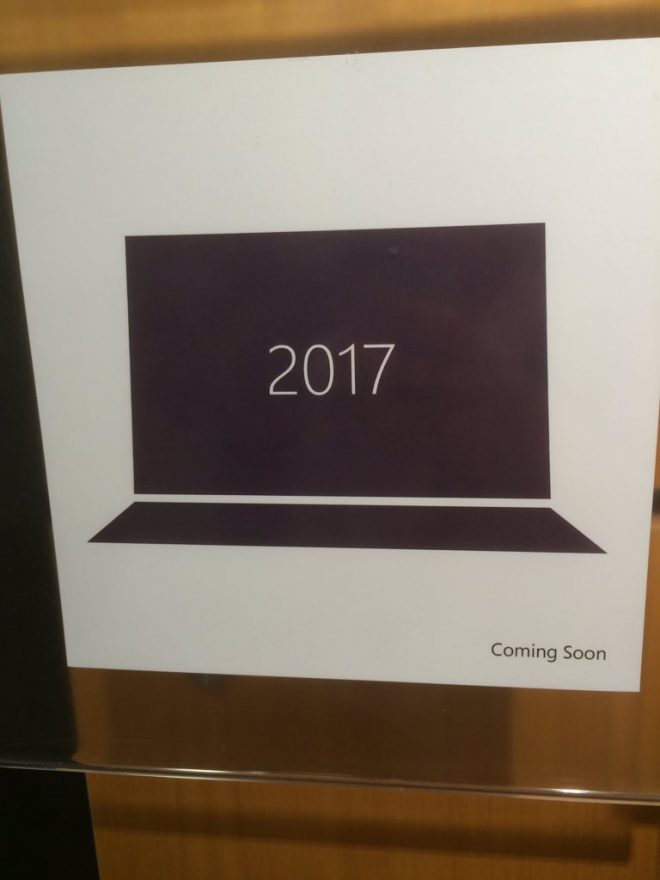 It was spotted by an app developer, while visiting Microsoft’s building 88 recently. There’s also talk that multiple Surface products are coming next year. App developer Shubhan Chemburkar saw these hints and claims that Microsoft has built a wall that showcases its hardware products and the future Surface was there. That wall highlights the likes of Surface Pro 4, Surface Book and even the good old Type Cover. 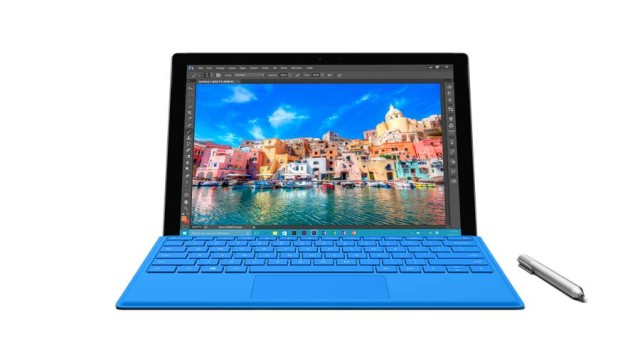 The placeholder for 2016 is the poster above with the “coming soon” and 2017 tag. The same developer saw placeholders for 3 extra Surface devices, that are expected next year. They could be the Surface Phone, perhaps a new Surface coffee table and a new laptop. We could also see a winter or even fall announcement this year and a release next year.

It all depends on the latest Intel Kaby Lake CPUs.