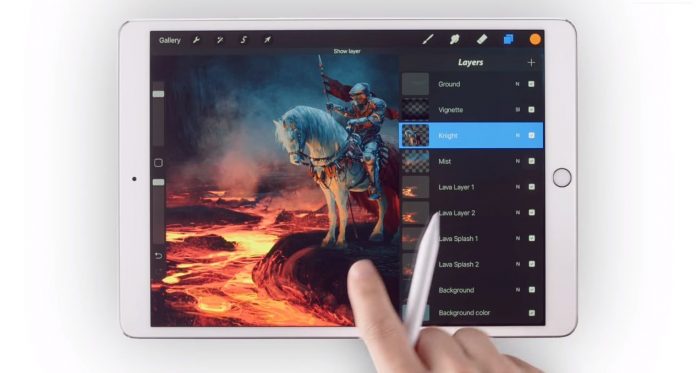 The iPad Pro has already received a pretty good ad here, but today we’ve found two more. These are actually very short spots and the first one feels like it’s more of an Old Spice commercial to be honest. Some guy is screaming about POWER and FURY. Check them out below.

To be honest I get it, I get the irony of the first Apple ad, that parodies those energy drink commercials with flames and constant shouting. Anyway, the 16 seconds show us Transformers: Forged to Fight looking stunning, video editing and also some photo edits. The new Apple A10X Fusion chip is mentioned as well, since it is one of the most powerful chipsets on tablets right now, after all.

The other ad is all about the stylus, comparing it to a regular pencil. And then there’s a metaphor about lag, that’s quite smartly implemented. I’ve said it before and I’ll say it again: Apple’s own advertising agency has been doing a fine job with promoting the products for the past years, maybe even a better one than separate agencies. Anyway, the new iPad Pro 10.5 starts at $649 in the 64 GB storage version.

It was announced at WWDC 2017 this week and ships next week.