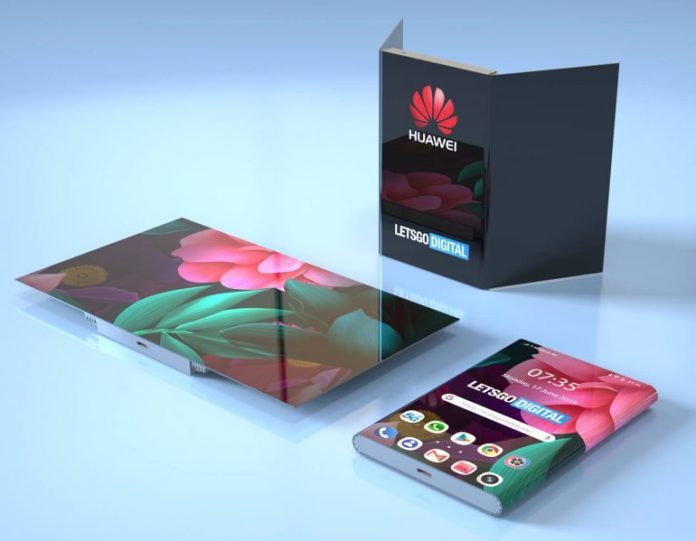 There’s a new Huawei patent out there, one that shows a foldable phone that adopts a different format compared to the Mate X. This newcomer adopts both a phone mode, tablet, plus a desk stand mode. We have a few renders of it, courtesy of Letsgodigital.org. Let’s check them out.

The main difference between the Galaxy Fold and the Huawei Mate X is that the latter folds outwards. Last we heard the Mate X was being postponed till September, so Huawei must do several extra tests. Now we learn that a new foldable is coming, but with a different format. We’ve already seen some different proposals of designs, like the Xiaomi dual folding device, or even foldables with pop up cameras from Oppo. 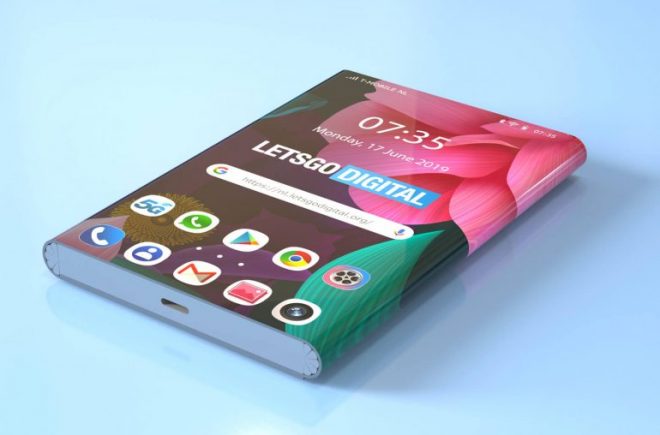 This Huawei patent is actually not new, since it appeared in the summer of 2018, courtesy of the European Patent Office in Netherlands. We see a dual folding approach here with side “wings” or “flaps” that open up from the main body. It also looks thicker and curvier on the sides. Three models and versions are being showcased int he patent, one with a wide screen border visible on the top and bottom of the device, a second model with a mere bezel at the top for the front camera and sensors and a third model which is more advanced and has no screen edges. 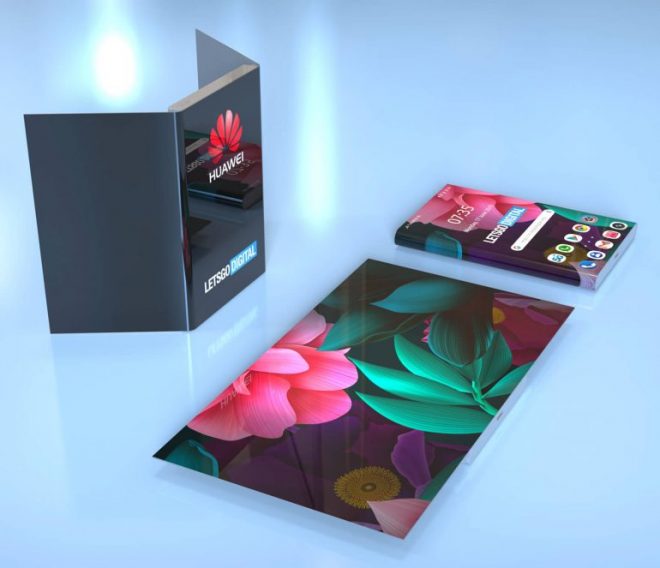 The full screen designs goes from the front to the sides and the back. The device is all screen. All 3 models have the same specs and it’s very likely that Huawei will settle on only one of them. This design is different from the Xiaomi dual folding phone as well, which appeared earlier this year. It has a special desk stand one, where the user folds one part of the screen and uses the device as a desk stand or laptop. 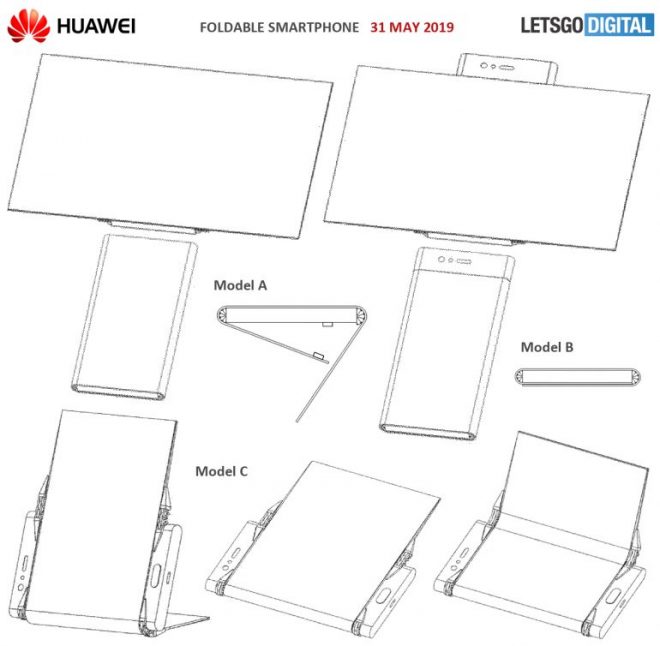 The source also mentions HongMeng/Ark OS as the platform for this foldable, although we have no way of know if it will appear on the device or not. In the end we’re left with bulky phone renders of a minimalistic device that still runs Android and has a total of 3 screens.  I think the hinges are detailed too superficially here. 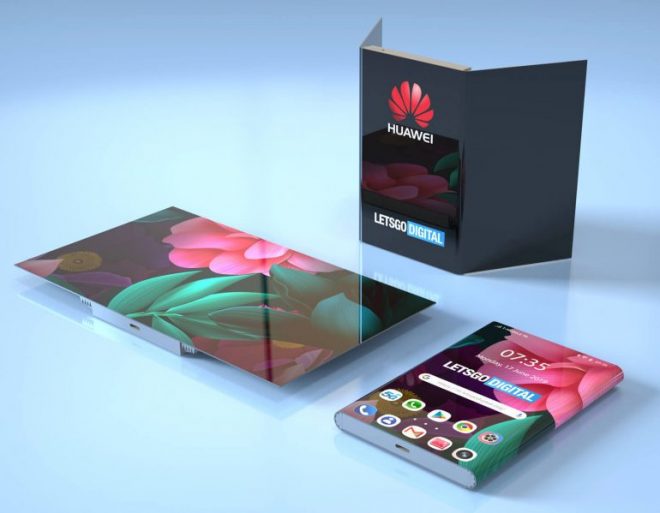 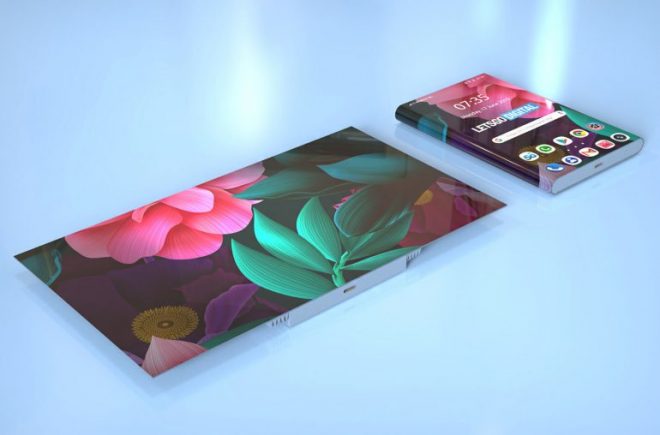