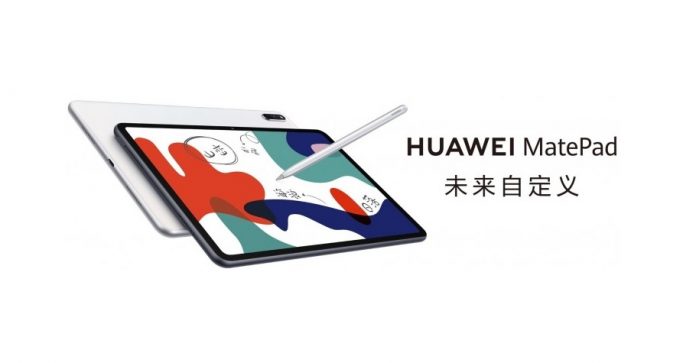 Huawei MatePad leaked a few days ago as a new Huawei tablet, with a more midrange approach than the MatePad Pro. It’s supposed to still bring a stylus and it should be unveiled on April 23rd. The MatePad 10.4 was just listed on the online retail outfit JD.com and also VMall, so we got to see the renders and specs below.

We’re dealing with a 9 mm thick device, that weighs 810 grams. It will have WiFi and 4G LTE versions, with the WiFi one having 4 GB RAM/ 64 GB versions and 6 GB RAM/ 128 GB ones, plus a LTE model with 6 GB of RAM and 128 GB of storage. Huawei MatePad 10.4 will come with a stylus and it has a power button on top, with the USB-C port on the bottom. The back of the tablet has “Sound by Harman Kardon” written on it, confirming this feature. The device should also bring two cameras, one at the front and one at the back, both with 8 megapixel resolutions. 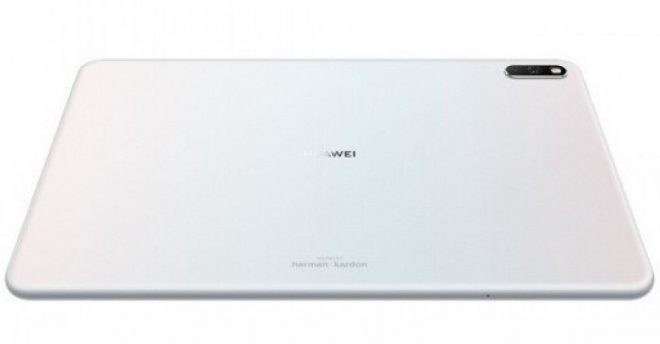 Inside we should find the midrange CPU Kirin 810, plus a 7250 mAh battery. EMUI 10.1 Lite will be running out of the box. The April 23rd debut will happen together with the Huawei Nova 7 phone series. Interestingly enough, you can prebook the slate for about $14, on JD.com or Vmall, to be sure that stock is kept for you. We previously saw this tablet leaking in a store poster. It mentioned white and gray versions, M-Pen stylus support and a notchless 2K display. 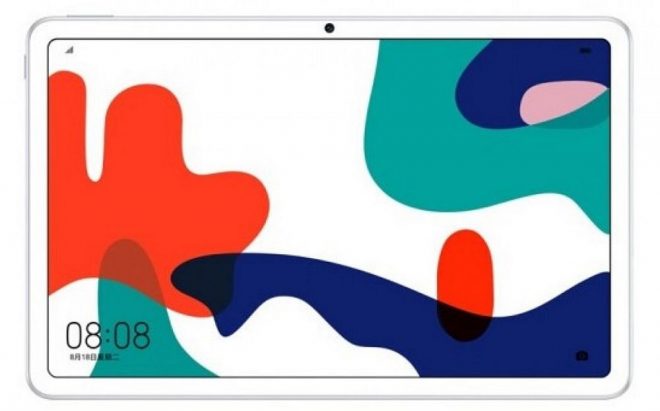