As you know probably Motorola is part of Lenovo right now, following a transaction that happened quite a few months ago. In spite of that they’re launching their own branded products, but only phones so far. Moto hasn’t been the most active company in the tablet area, but some are still hoping for a new product… Well, they shouldn’t according to Motorola’s president. 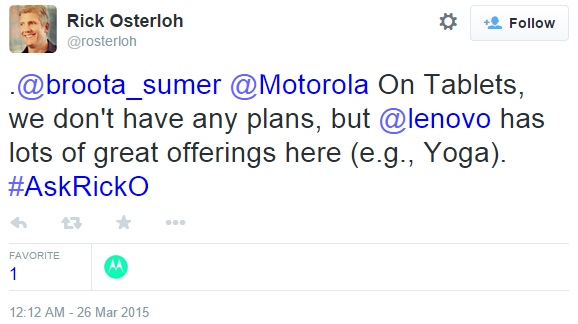 Rick Osterloh answered some questions on Twitter and the Moto president also addressed the matter of tablets, by simply referring potential customers to the Lenovo Yoga slates. Motorola’s last tablets were the Xyboard 8.2 and Xyboard 10.1 and they were launched in late 2011, without being remembered as hits. Last year, it was rumored that Motorola was testing 7 inch, 11 inch and 12.5 inch tablets, but it all went away.

Interestingly, last year a Lenovo exec even mentioned a Motorola tablet, but it was just words apparently. Considering you’re now part of the biggest PC maker and one of the biggest tablet makers, why struggle and make your own device? The only things those Xyboards had going for them was the unusual format, good camera and splash resilience. 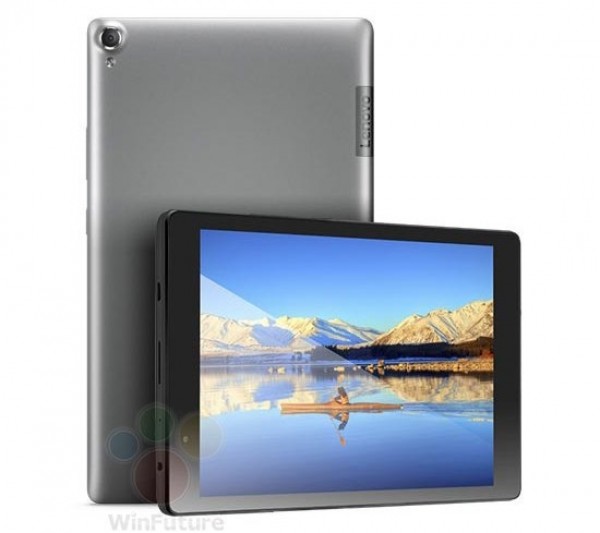 Lenovo Tab3 8 Plus is a Snapdragon-Powered Tablet That Just Leaked...