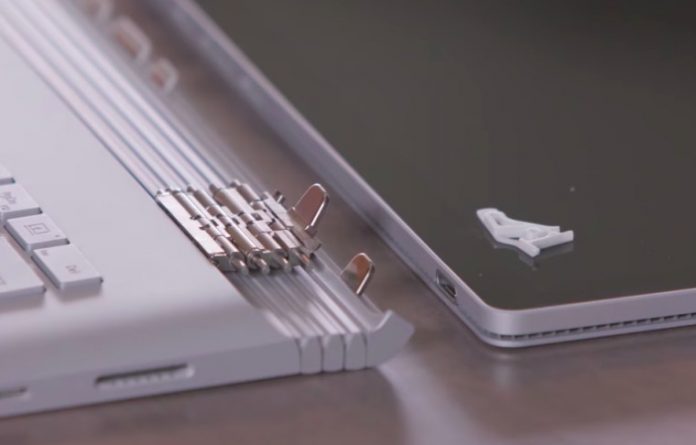 When the Microsoft Surface Book came out two years ago, everybody was amazed by the craft involved by its hinge. Now the Surface Book 2 is here and it brings a brand new hinge mechanism. To me it still feels like the tracks of a tank or like the mechanism of the Lenovo Yoga Book. Let’s check it out below.

As you probably know, the Surface Book 2 was unveiled this month, in two versions, a 13 inch and 15 inch one starting at $1500. The video below shows an interview with the people who worked on the product and we also learn some details about the production process. The hinge has been redesigned, so that it will reduce the bounce that occurs when you tap the display.

Both the hinge and detaching mechanism have been redesigned. Ceramic is now part of the hinge arm, being used as a thermal insulator, so contraction and expansion won’t happen. The result is a “muscle wire detach”, so everything has been thought out. It seems that Microsoft went to all these lenghts because they’re now using a bigger and harder 15 inch tablet attached to the keyboard.

We also see the Surface design lab, prototypes and production facilities. Microsoft seems to know what’s up in the tech area, but sadly Consumer Reports won’t acknowledge it. The Microsoft Surface Book 2 preorders start on November 7th and there’s a large variety of configs for the 13 inch and 15 inch model, with the latest Intel CPU inside. Up to 17 hours of battery life are promised here. 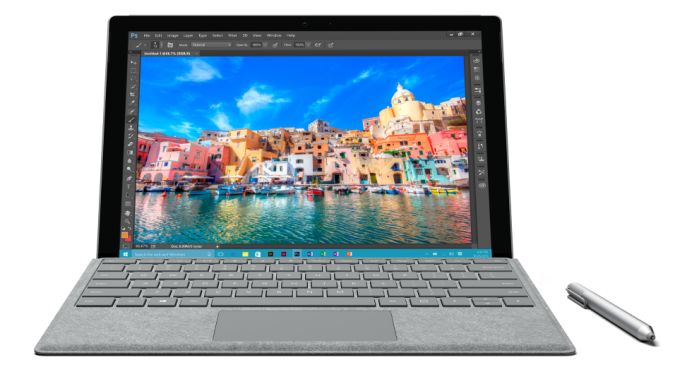