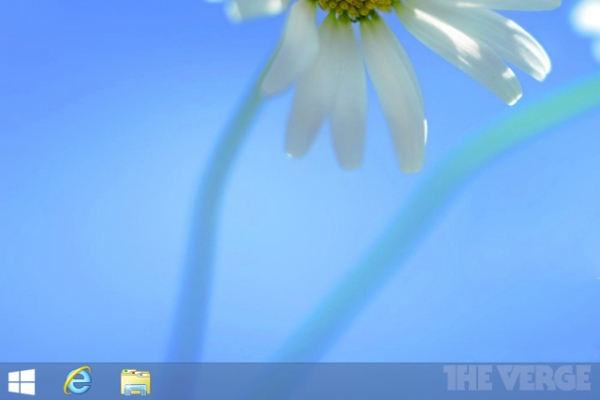 One of the major changes that Windows 8 brought to the table in comparison with Windows 7 was the replacement of the classic Start Menu with a Start Screen. That one is filled with tiles and supports horizontal scrolling and many people have been missing the Start button so much, that they came up with tweaks to get it.

Microsoft may have no plans to bring back the full Start Menu, but it appears that the infamous Start button may just pay us a random visit in Windows 8.1. The lower left corner of the screen is where the item is supposed to appear and it won’t open a start menu this time, but instead it will bring up the same full Start screen Windows 8 users are used to, says The Verge.

The button is supposed to look nearly identical to the existing Windows flag that appears in the Charm bar. This only one of the changes that Win 8.1 will bring, aside from the boot to desktop option, that will also come soon enough. Microsoft will also add an option to allow users to boot directly to the traditional desktop area instead of the Modern UI. There are already millions of people downloading Pokki, a Start Menu button replacement, so this goes to show that people are attached to that system.