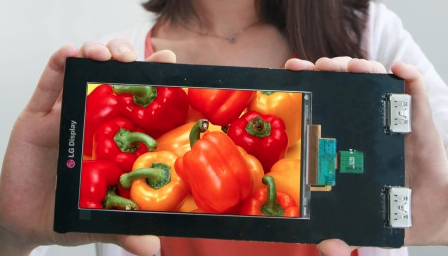 An LG exec has spilled the beans concerning the upcoming G Pad tablet and a few other devices, scheduled to debut in 2014. Dimitar Valev is the one with the leak, an exec from LG Bulgaria, who answered some questions regarding the future LG products for a local paper.

Valev confirmed basically everything about the G Pad aside from the name, but even that seems plausible. The interview also detailed future bigger phablets like the LG Vu III and more smartphones in 2014, plus a smartwatch. The latter will debut in USA first and so will the flexible display technology from LG.

It’s likely that the flexible screen tech will be on the watch when it launches. Meanwhile, LG is said to be working on more platforms than one, with Windows Phone and Firefox OS devices in development, aside from Android. The LG G Pad is said to come at IFA 2013 next month with specs in line with the G2 premium smartphone.