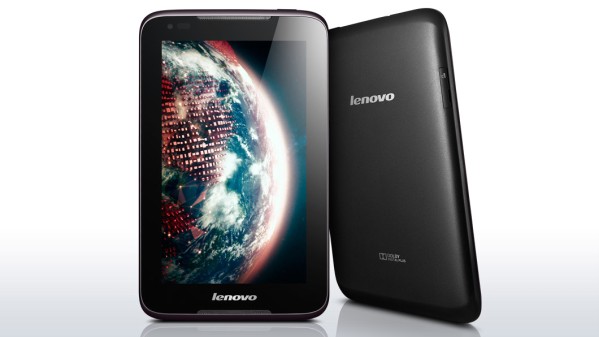 Lenovo announced some new 7 inch tablets back in February and those models came with low end specs and affordable price tags. I’m talking about the IdeaTab models, the A1000 and A3000, that now get priced and detailed for the US market.

The devices are truly cheap and they’re solid alternatives to the Acer Iconia A1 and B1. First is the IdeaTab A1000, a 7 inch slate with a 1024 x 600 pixel resolution and relying on a 1.2 GHz dual core processor made by MediaTek. Other specs include 1 GB of RAM, 16 GB of storage and a microSD card slot. We’ve also got a 0.3 megapixel front camera, WiFi, Bluetooth and a 3500 mAh.

The device runs Android 4.2 Jelly Bean and moving on to the IdeaTab A3000, this one packs a rear camera unlike the A1000, but it also goes with a single core 1.2 GHz processor. The Lenovo Ideatab A3000 costs $229 and the rest of its specs are identical to the ones of the A1000. Which one are you going to get?