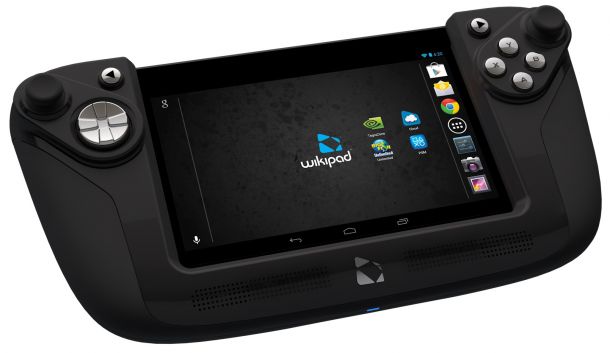 If you want to buy a nice console and the Xbox One launch is too far away, you may settle for something probably costing half the price and offering portable fun: the Wikipad 7 gaming tablet.

This device was announced earlier this year and it’s an Android gaming tablet, that will debut in USA next week. It’s coming on June 11th, priced at $249 and having an UK and global launch planned for this summer. The slate is powered by Nvidia’s Tegra 3 quad core mobile processor and it also incorporates a 7 inch display and Android 4.1 Jelly Bean.

It’s able to run PlayStation Mobile games and also grants access to the Nvidia TegraZone and the Google Play Store. Wikipad 7 supports a 1280 x 800 pixel resolution and uses 1 GB Of RAM, 16 GB of storage, has a microSD card slot and a 2 megapixel front camera. Wikipad was originally a project based on a 10 inch tablet, that was canned because of the suggested $499 price tag.