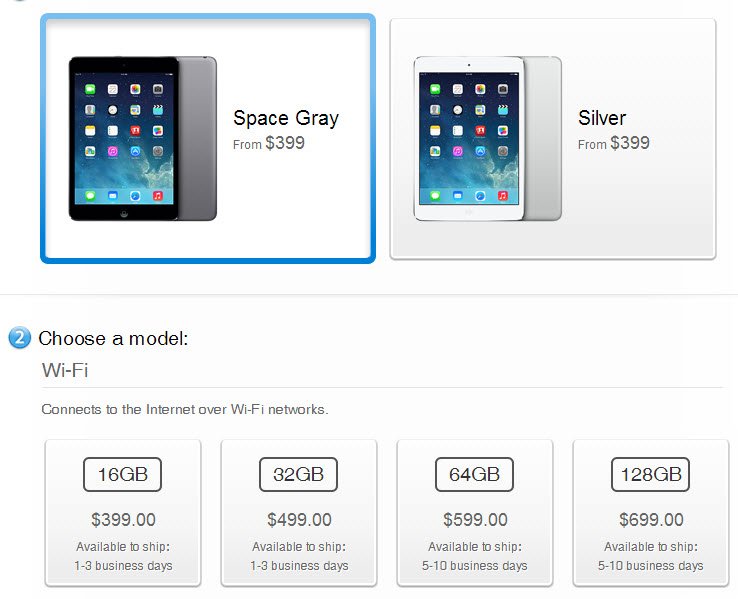 Apple announced the iPad Mini Retina and iPad Air last month and while the latter has already been launched on November 1st, the former was still lacking a clear launch date. We knew it was coming this month and now it’s finally available through Apple’s online store. 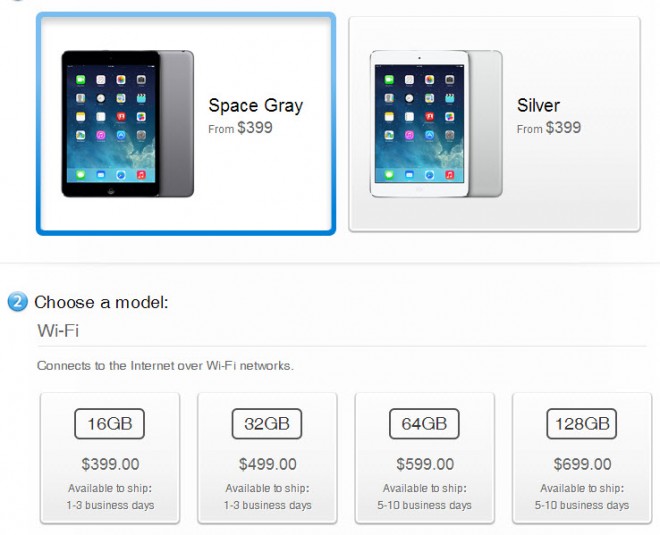 The iPad Mini Retina can now be bought from the Apple store for $399 in the 16 GB version, either space gray or silver. You can pay $499 for the 32 GB unit or $599 for the 64 GB version. Apple shows an iPad Mini Retina delivery time of 1 to 3 days, so the inventory situation may not be as bad as we’ve heard.

This slate comes with an Apple A7 64 bit processor, a 5 megapixel back camera, 1.2 MP front camera, WiFi, Bluetooth 4.0 and a 7.9 inch 2048 x 1536 pixel display. The design is pretty much the same as the predecessor, with slim waistline and low weight and we can’t wait to see the first reviews of this model, since it sounds like a solid purchase during this holiday season. 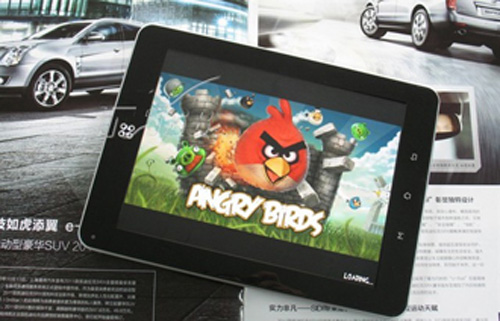