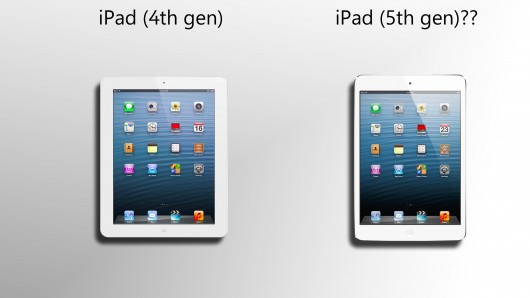 Digitimes’ sources have some inside info regarding the iPad 5 and they claim that the device will adopt the same display technology as the iPad Mini. Supposedly the new 9.7 inch new iPad will use the same G/F2 (DITO) thin film type touch screen structure as the iPad Mini, making the slate thinner and lighter.

Upstream touch screen providers are supposed to provide 4-5 million units a month during the entire 2013, while DITO technology production yields will have to be improved, according to sources. We have heard numerous times that the iPad 5 will be iPad Mini inspired as far as design goes, so I can’t say I’m puzzled by the technology they have in common.