iOS 12 became official yesterday, during Apple’s WWDC 2018 conference and thus some hints about future devices came out as well. We learned from the iOS 12 beta, that at least one future iPad may end up with a notched screen and Face ID.

The iOS 12 beta has been pushed to developers and generally curious people all over the world. The beta seems to hide some code that hints at the future of the iPads. iOS 12 has a small UI change in the status bar area, which has lead some to speculate that there’s room left for a notch. The clock has been moved to left hand side from its original central position. 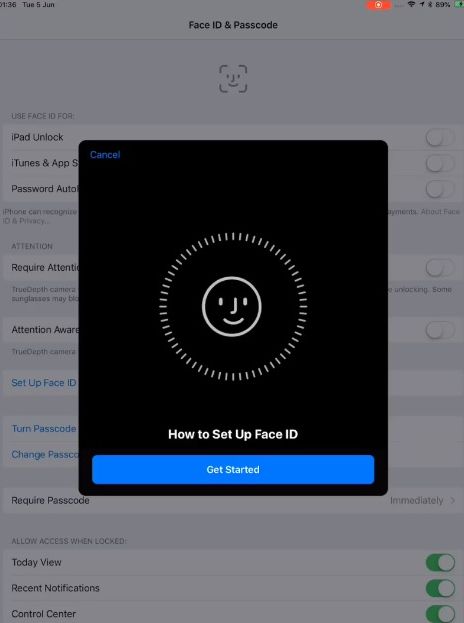 There’s now a big empty area in the middle, that may well be used for the cutout. Said cutout won’t come alone, but rather with the Apple Face ID technology. You know, the face scanning tech from the iPhone X. Developer Guilherme Rambo (what a name!) found that Apple has a included modified Face ID setup UI, adjusted to the iPad displays.

It’s not yet finished it seems, since there are references to the iPhone in the code. It’s very clear what Apple is planning to do in the future, regarding it slates. Face ID now supports multiple users, by the way. iPad has yet to confirm data about new iPad Pros, so we’ll hold on to judgment till the fall.

Apple iPad Debut to Trigger the Launch of 50 More Tablets