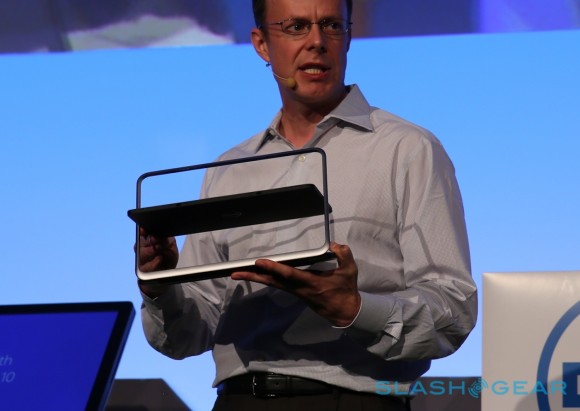 Dell has basically given the Inspiron Duo a new life, as the XPS Duo 12 ultrabook debuted at IFA 2012. This is a 12 inch touchscreen-based notebook with a swiveling display, that allows you rely on it both as a laptop and as a tablet. The product has a full HD touchscreen and a slick and compact metal case.

The original Duo had a big area surrounding the screen, but this newcomer gets rid of that and offers a smaller screen in the middle, making the XPS Duo 12 a regular ultrabook at first sight. It runs Windows 8 and sadly we have no exact specifications just yet. The original Duo had an underpowered dual core Atom processor and I certainly expect more from this new entry. The product is expected to arrive on the market by the end of 2012, according to sources at IFA 2012.

In spite of lacking specs, we can give you some design details, like the fact that the screen is hinged in the center of the far left and right sides, so it can swivel vertically, while it’s encased in a thin outer frame. You can flip the screen 180 degrees and it will point the opposite direction compared to the standard laptop view. 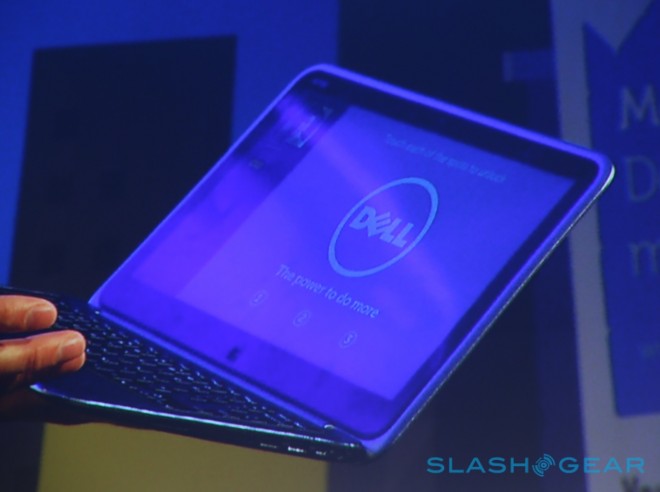 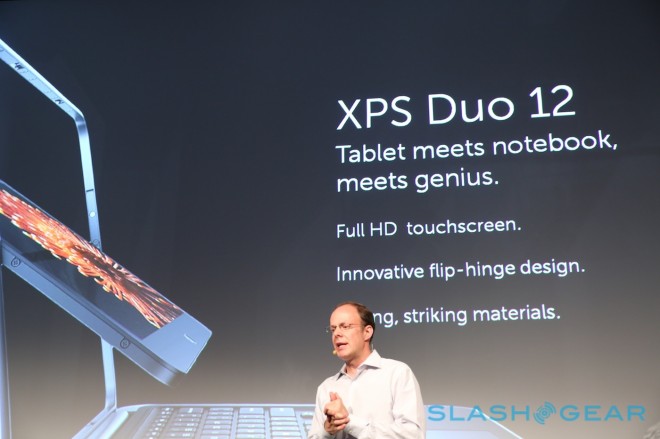 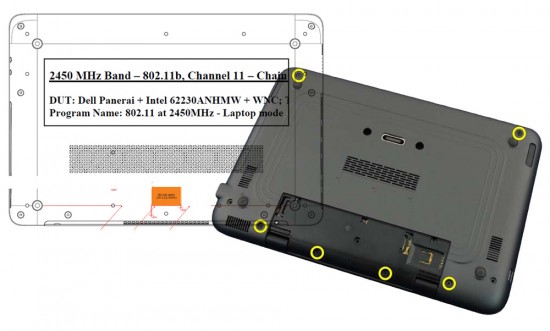 Dell Panerai Reaches the FCC; Follow-Up to the Inspiron Duo?