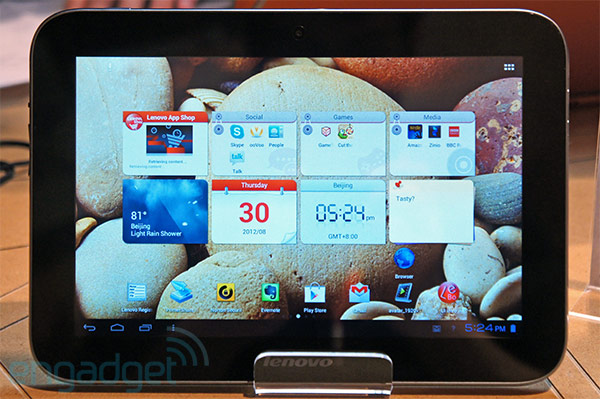 Lenovo has leaked the IdeaTab A2109 tablet long before IFA 2012 and now here it is officially handled by Engadget and exposed in a video and photo selection. Showcased in Berlin, this device packs a 9 inch display with a 1280 x 800 pixel resolution, a Tegra 3 quad core CPU and Android 4.0 ICS as the OS.

Below you can watch a hands-on of the device, that also comes with 1 GB of DDR3 RAM and the screen on board is apparently an LED one. Micro USB and micro HDMI ports are depicted here as well and the IdeaTab A2109 has a rear case made of aluminum. It weighs 570 grams and has 16 GB of storage, as well as microSD. There’s a 3 megapixel camera at the back and the product measures 0.5 inches in thickness.

I hate to say, but this glossy product looks much like the “you know who” tablet and also the HP TouchPad. It may lack a Home button, but you all know what I’m talking about. Anyway, the previous IdeaPad and IdeaTab slates resembled the iPad as well and they didn’t get sued, right? 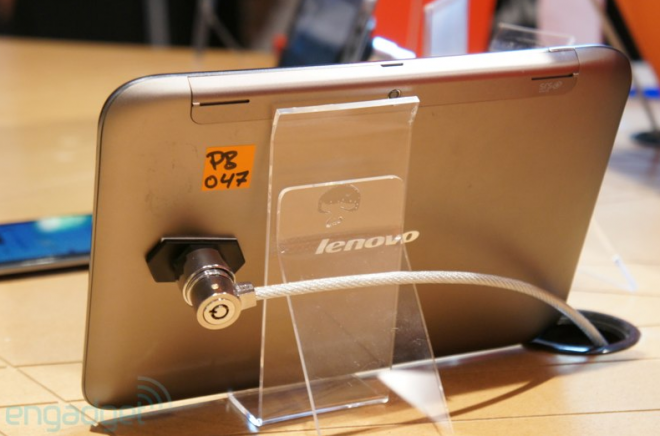