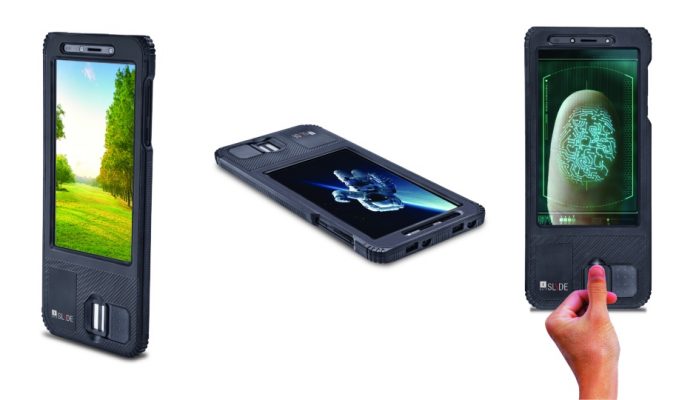 iBall has a new and unusual device out. It’s a tablet called the iBall Slide Imprint 4G and it comes with an integrated fingerprint scanner. It’s priced below $300, $278 actually and it feels more like a game console or a video watching machine, on account of being slow narrow.

The iBall Slide Imprint 4G tablet is supposed to be a device that’s ideal for Aadhaar authentication and it relies on that built in fingeprint scanner for that purpose. Specs include a quad core 1.3 GHz ARM Cortex A53 processor, together with 1 GB of RAM, but there’s also a 2 GB RAM version out there. 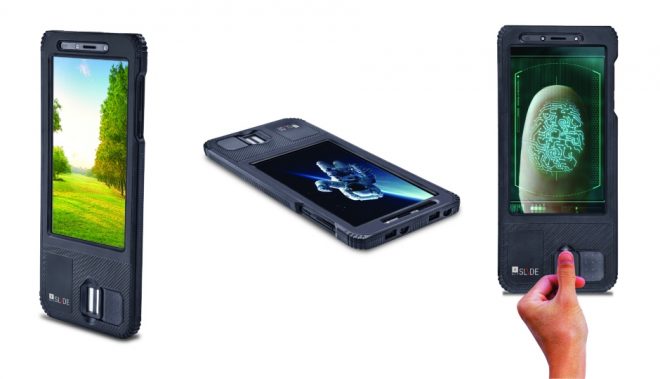 iBall is a brand known for its tablets sold in India, quite well sold ones actually. The new type of fingerprint scanner offers secure biometric authentication and the tablet has been STQC certified for AAdhaar Verification. It can scan, record and authenticate a person and it can’t be unlocked sans print. It’s meant for the business and commercial segment, for things like banks, government offices, RTOs, Education, Sales Automation and B2B.

It runs on Android 7.0 Nougat and offers 8 or 16 GB of storage, as well as a 7 inch multi touch display with a 1024 x 600 pixel resolution. Also on board is a 5 MP back camera with LED and a front camera too, with the same res. When it comes to connectivity, there’s 4G, dual band WiFi, VoLTE, one microUSB port and one full USB one. We’ve also got micro HDMI, Screen Cast, Bluetooth 4.0 and USB Tethering.

Optional LAN support is also a thing. a DC charging port is available for charging purposes and everything is powered up by a 5000 mAh battery. This dual SIM model also has a GPS and a rugged build.