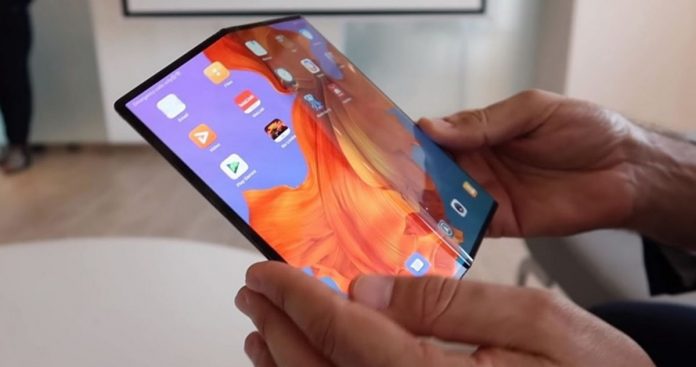 Huawei Mate X was arguably the most interesting phone from MWC 2019, but sadly it was only showcased behind a glass cube on the show’s floor. Today we get to finally see a proper hands on video with the device, as shown below.

It looks pretty great in person, perhaps even slimmer than expected, at around 5.4 mm in waistline when opened and a reasonable 11 mm when closed. YouTuber Emkwan Reviews did the hands on and found out some pretty nifty details. For example, there’s a dedicated button at the back side, that lets you detach the foldable part and make the unit a tablet again.

This 5G device has an 8 inch OLED screen in tablet mode and it seems to fold and unfold pretty seamlessly. It doesn’t leave any room between the two folded parts, unlike the Samsung Galaxy Fold. The “core” stubby unit at the back/side holds the main components, including the CPU and the triple camera. That’s a pretty nice idea, feeling a bit like the cylinder of the Lenovo Yoga Tab tablets.

It’s also used to prop the device in a tent mode, like a kickstand. I sense a slight trace of lag in the video, but the UI is probably not finalized. Looks-wise, the device is exactly what it should be. Still, $2600 is a lot… 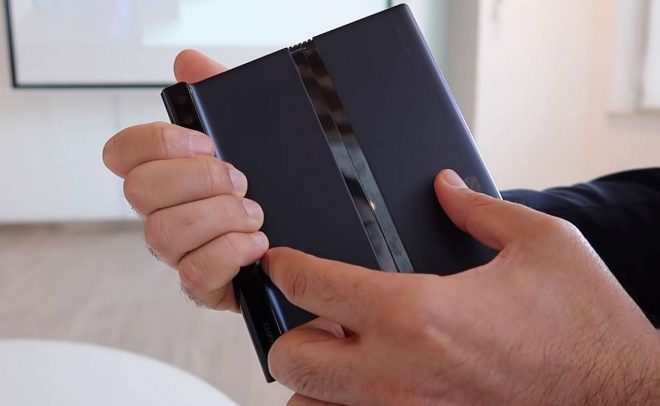 Huawei Tablet Shipments Expected to Drop in 2021 on Account of...