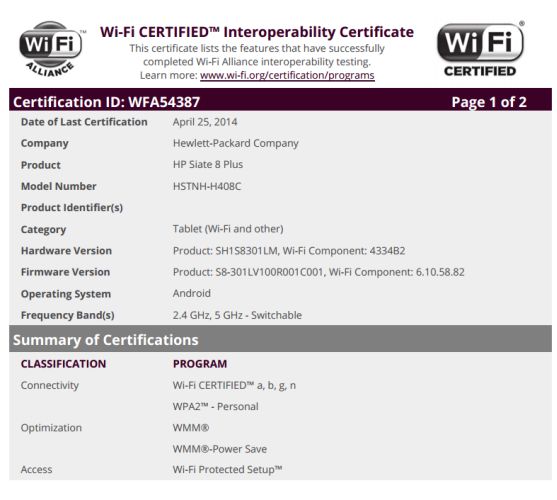 HP’s tablet lineup is about to be expanded with new 8 inch models, including the $170 HP 8 budget model and th $330 HP Slate 8 Pro with its better CPU and display. Meanwhile, a third model is also in the works, something called HP Slate 8 Plus.

The product has recently received WiFi certification and while the documents don’t offer many details about the newcomer, we do know it runs Android and features WiFi 802.11 a/b/g/n support, plus dual band 2.4 GHz and 5 GHz networks. There will be an 8 inch display on board, judging by the name, but a 7.85 incher is also not out of the picture. The “plus” part may mean we get some extra features compared to the HP 8. 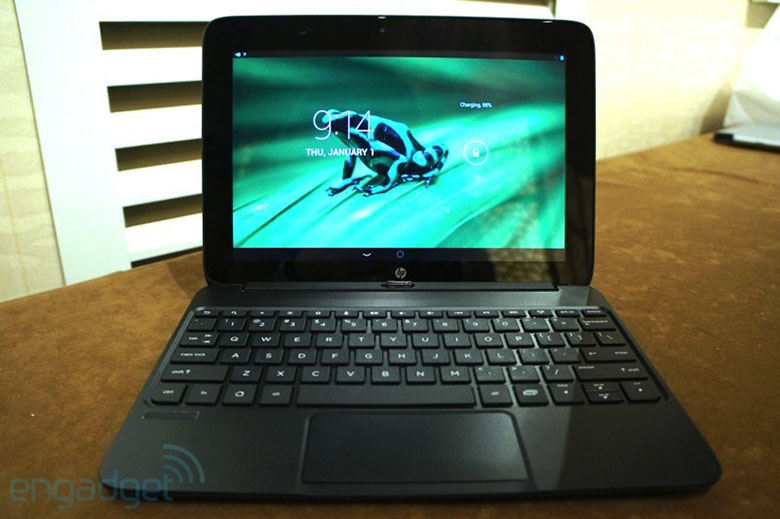