iBooks 2 has been dissected by specialists over the last day, as they searched for hints regarding the next iPad. Obviously, they found something, as you might have already figured out from the title of this article. I’m talking about high resolution images, that point towards a new tablet with Retina Display resolution.

Back in 2010 these “@2x” images were uncovered and indicated that the iPad 2 could have been released with a Retina Display, but in the end that was the iPhone 4. Two years ago such images were included by mistake, but now this is not a mistake, since the iBooks 2 app shows Retina-ready pictures, with the purpose of having them displayed on a new generation of iPad. These images would show correctly on a screen with a 2048 x 1536 resolution, one that I’ve heard associated with the iPad 3 on numerous occasions.

This is double the iPad 2 resolution and gets a PPI of 260, lower than the one on the iPhone 4/4S, but still very decent. This still qualifies as a Retina Display, since the viewing distance to the iPad is greater. It’s already becoming clear what the new Apple tablet will bring and now the question is: what else? 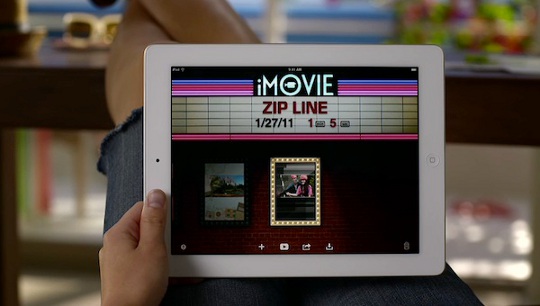