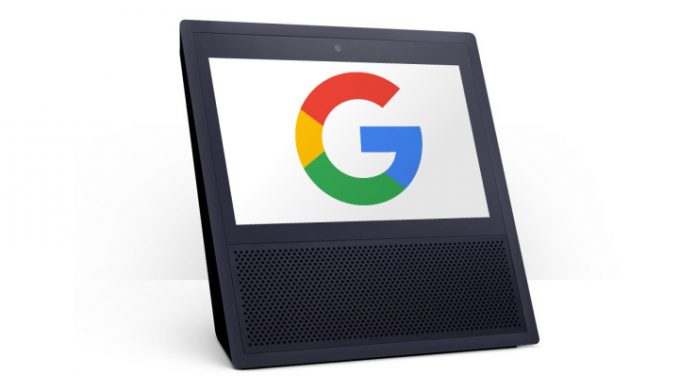 After its dispute with Amazon, Google goes one step further, going after the Amazon Echo Show. The Big G is said to be working on a screen-based smart speaker, with a bigger size than usual. It sure sounds like the speaker-tablet combo that the Amazon Echo Show offers.

The result will be a “tabletop smart screen”, meant for video calling and video consumption. This initiative is actually not that rare, since even Facebook is working on something like it, called “Aloha” and focused on video calling. Sources already confirmed for TechCrunch that Google has codenamed the product “Manhattan” internally and that it brings a screen size similar to the Echo Show.

This means we may well get a 7 inch screen on board. YouTube will be in the mix, as well as Google Assistant, Google Photos and video calling. The device will behave as a smart hub, being able to control Nest and other smart home devices. Google even started working on bigger screen devices, that would even compete with TV sets, but those are only prototypes for now.

“Manhattan” has a target date of mid 2018 for its launch, although thanks to the Echo Show things got rushed and the aim was moved to sooner. Internal pressure is supposed to make the device launch this year, although it’s very likely it won’t be ready and it’ll come in 2018 in the end. Google has to get a lot of things going, including partnerships with Best Buy Geek Squad and Enjoy for home installation.

The device is said to run a version of Android and it should also get Netflix in the mix. I for one expect the product to debut with the next version of Google Assistant, at the I/O event next year.