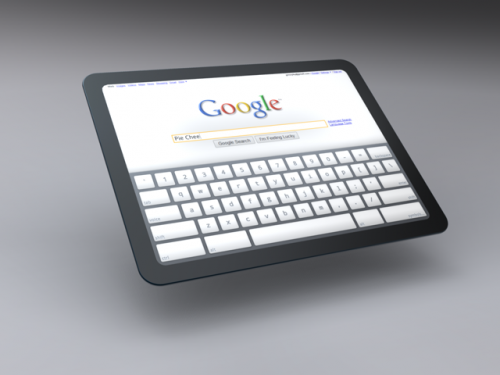 Just a week after seeing Apple’s tablet, we’ve come across a video showing Google’s Chrome OS running on top of a prototype tablet. This doesn’t necessarily mean that Google will be making a tablet of its own, but as long as their software is on board, the device is still a challenger for the iPad and any other similar device, for that matter.

These images were launched on the web by Glen Murphy, Google’s Chrome UI lead designer and they show the result of the brainstorm process of the team behind Chrome OS. Expect multiple Google Tablet models to be launched, since there’s not a single device using Chrome OS, but more, with screens ranging from 5 to 10 inches. 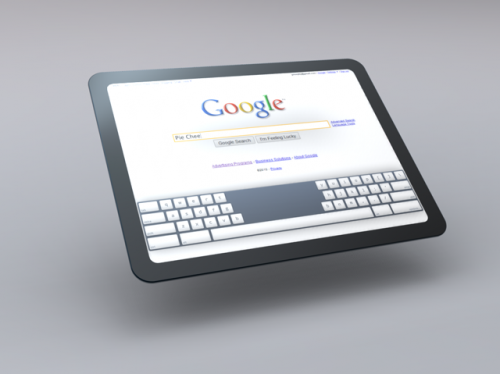 We have to mention that the Google Tablet seems a big bigger than the Apple iPad, which is not bad, specially with that cool virtual keyboard. Also, this neat concept supports multitasking and you should know you can watch in action in the video below:

[via Slashgear and iSpazio] 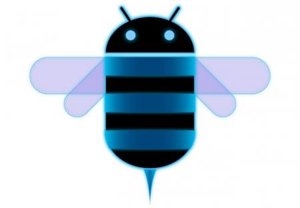