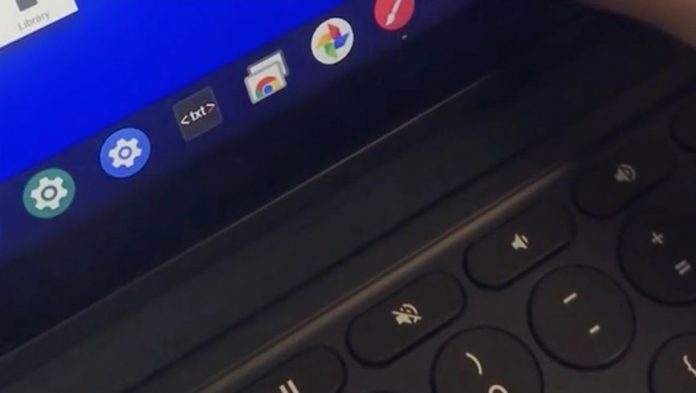 Google Pixel Slate continues its run of leaks, this time with a benchmark. The Google Pixel Slate hits GeekBench, with some solid results and also solid hardware. We’ve got 16 GB of RAM and Intel Core i7 CPU. Let’s check out the other specs.

This Chrome OS tablet is expected to debut on October 9th with the Pixel 3 phones. The product is rumored to get a dual boot setup, that also includes Windows 10 in the mix, as a backup. Android apps and even Linux apps are also expected. Also known as “Nocturne”, the Pixel Slate is expected to be a convertible, that can have keyboards attached, play with a stylus and offer great battery life. 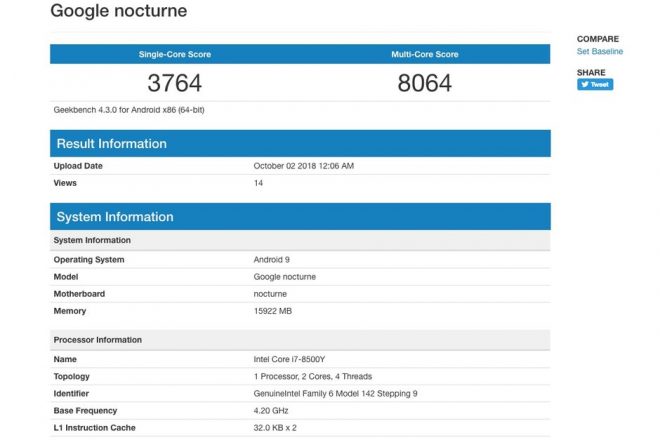 It’s also true that the 8500Y isn’t the most powerful Core i7 CPU, since it’s part of the Amber Lake micro architecture. It’s based on the Intel 14++ nm process and comes in at 1.5 GHz with a TDP of 5W. It also has Turbo Boost support, at up to 4.2 GHz. An almost affordable price tag is expected here, but what’s affordable nowadays anyway? An Amber Lake-based Core i5 version with 8 GB of RAM may also appear for an even cheaper sum.

Don’t be baffled by the fact the Pixel Slate runs GeekBench, since Chrome OS devices have been running Android apps for a while now. We’ll learn more on October 9th and I can already predict 12 or 15 hours of battery life.