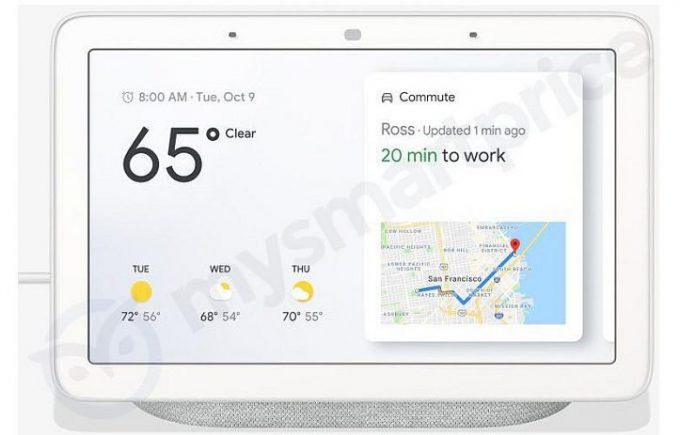 If you’ve been waiting for a smart speaker from Google itself and avoided buying the Lenovo, JBL or LG ones, you’re in luck: a Google one is coming. The freshest leak points towards an October 9th debut and we’re getting a Smart Speaker with a 7 inch display, called Google Home Hub.

This is actually the first look at the product, in render form, even though it has been leaked a bunch of times as info and specs. So, this Amazon Echo Show rival comes after the Lenovo Smart Display and learns from its mistakes. Google’s smart speaker has a 7 inch screen, Google Assistant at the core of the experience and a large speaker. The touchscreen shows a scaled down Google Assistant experience, not a full mobile OS. 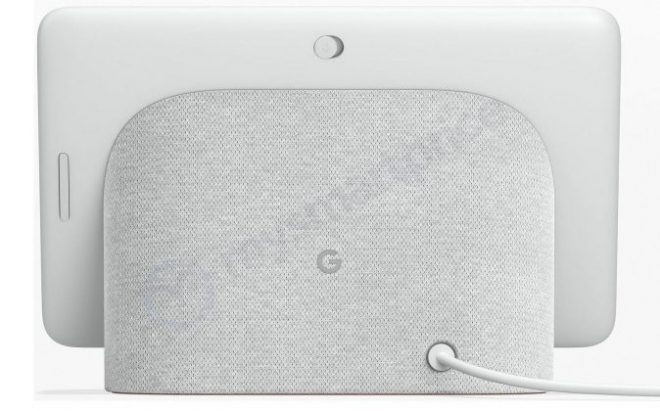 Google Home Hub works with voice and touch commands and the back side kickstand has the same texture as the Google Home, feeling like some sort of fabric. Features shown by this device include weather, time, info related to the daily commute via Google Maps and more. The product isn’t as large as the Google Home Max and it’s a bit more squared than the usually rounded Google Home devices. 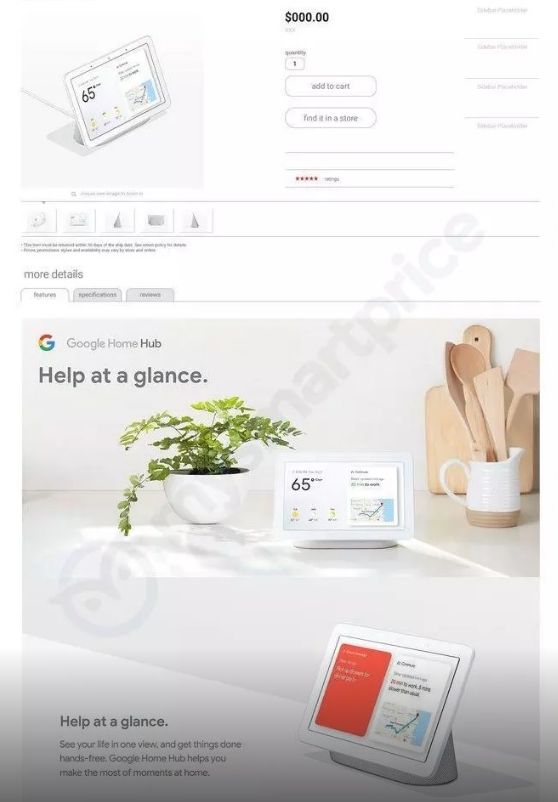 Leaks also talk about a Charcoal version, aside from the standard white one. If you pair the Google Home Hub with a Nest Cam, you will get improved security features, like having voice commands that show the front door camera for example. You’ll access Google Photos too, see Live Albums and more. Google Home Hub supports both 2.4 GHz and 5 GHz WiFi, it weighs 480 grams and I’m very curious about the inclusion of a camera for videocalls.

Google is prepped to have 3 million units for sale, so I expect the price to be decent.

Google’s Nexus Tablet Made by ASUS, Priced at $199, Packing Tegra...