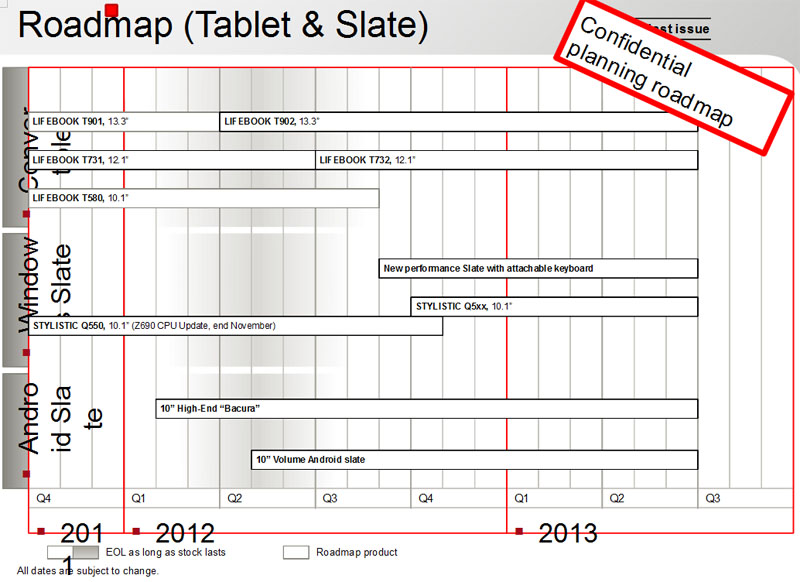 Fujitsu’s roadmap seems to include about 4 new tablets to launch before the year end, including two convertible models, that turn into notebooks. Also on the list there’s a Windows-based unit and a hybrid tablet, plus a model with Android on board. 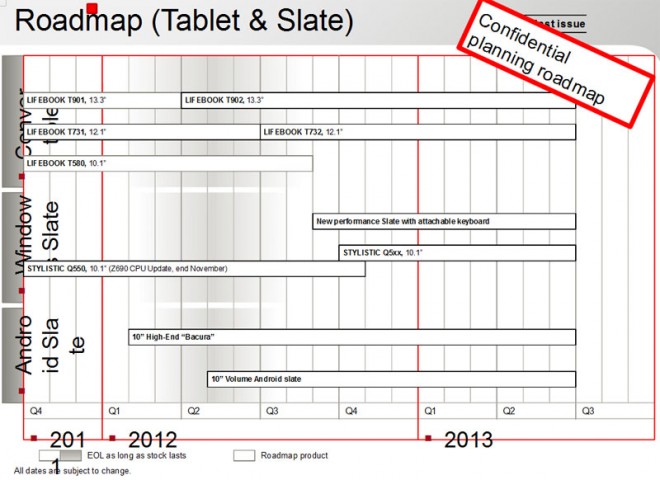 We’ve seen a leak of the Fujitsu 2012-2013 roadmap before, but this time it’s a more detailed plan. So, let’s get to it: the Fujitsu LifeBook T902 and Fujitsu Lifebook T732 are two convertible tablets, follow-ups of the Lifebook T901 and T731 models. The first one is a 13.3 inch unit, with Intel Chief River platform and Intel Ivy Bridge processor, plus a Wacom digitizer. The second unit has the same specs, but it brings a 12.1 inch display. There’s also a modular bay for both units, that could host an extra battery or even a DVD/BluRay reader.

The OS of choice here is Windows 7, with support for future upgrades to Windows 8. Launch for these models is scheduled for August-September. And then there’s the Fujitsu Stylistic Q5xx, the successor to the Stylistic Q500, that won’t bring huge changes, except for the OS, that will be Windows 8 most likely. The screen will be a 10.1 inch one and there’s also a DuoSense digitizer in the mix. The CPU is a non specified “Atom dual core” of the latest generation. Its debut is scheduled for Q4 2012.

The hybrid model from the roadmap is shown as a high end model with dock keyboard, much like the ASUS Transformer. It will feature an Intel Ivy Bridge processor and a very slim waistline. Windows 8 could be in the mix here and on the Android 4.0 side we find the Fujitsu Stylistic M532, codenamed Bacura. It will have a 10 inch display and it will resilient to contact with liquids. This one will come in June. 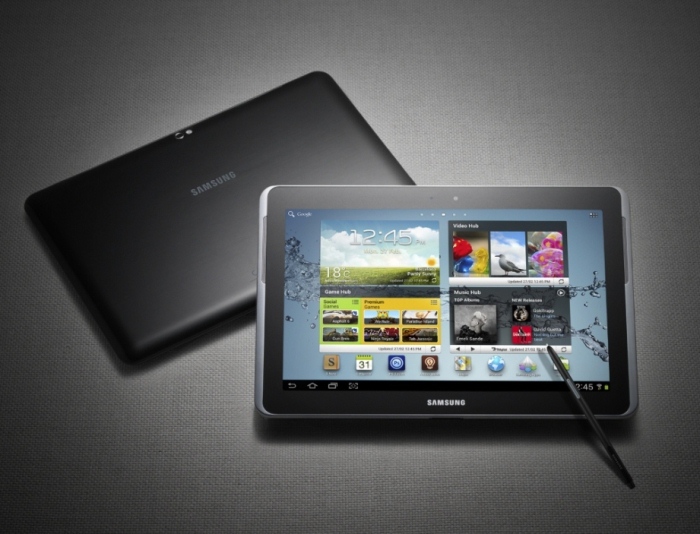