Motorola joins the series of companies making foldable devices, well actually it’s Lenovo behind them with the innovation. Anyway, Letsgodigital scored a series of patents and details about a new foldable smartphone from Motorola and turned them into renders.

The source also published some renders for the device, with a curved left side and a straight edge right side. When folded, the phone looks pretty long, reminding me of the offputting Xperia XZ4 21:9 aspect. The curvature on the left feels like Galaxy S Edge material. We also see some sketches of the foldable phone operation, showing UI portions. 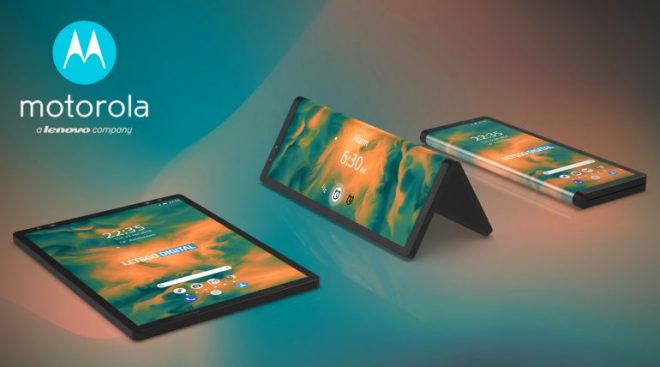 Motorola Mobility filed a patent with the USPTO and WIPO as long ago as mid 2017. It involved a “deformable electronic device with methods and systems for controlling the deformed user interface”. The Motorola smartphone shown here has a flexible display, that can folded open into a tablet size. Compared to the sketches, the actual renders have narrower bezels.

In the patent the Motorola foldable feels like an e-reader from the older days. Motorola has also come up with a technology that lets you do touch input on one side of the display, while the corresponding action takes place on the other screen section. You can make a scroll movement on the back in order to scroll on content from the front.

This is useful to scroll in a list or Internet page. Two intelligent cameras are also here, with optical sensors that detect your eyes or face and show content accordingly. Even a Home button makes the cut, even though that’s pretty antique nowadays. Compared to what we’ve heard recently about the Motorola RAZR foldable phone, this feels like a different project alltogether. 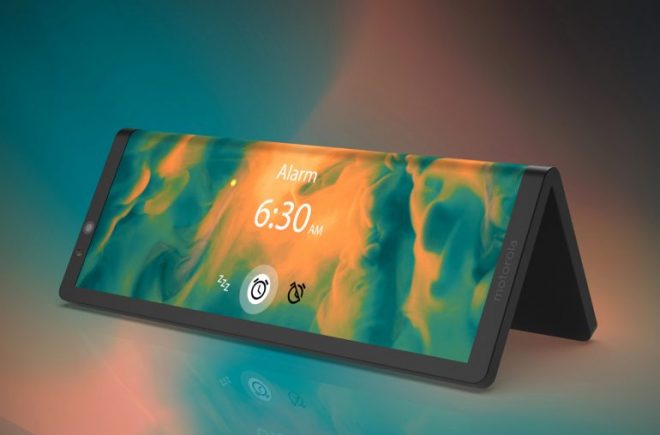