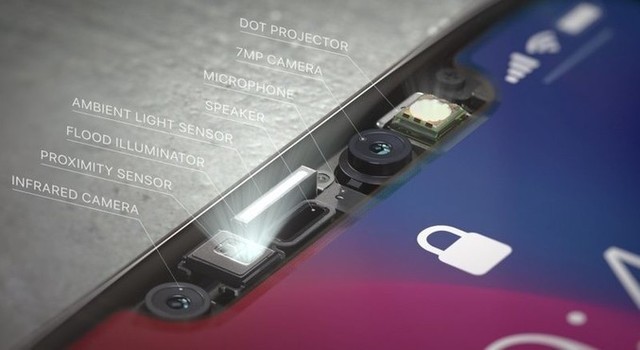 As it usually happens with iPhone innovation, the iPads are now expected to get Face ID, following its debut on the iPhone X. The info comes from reputed KGI Securities analyst Ming-Chi Kuo, who claims that the iPad Pro unveiled next year will sport this system.

The camera and its array are much more complex than usual, drawing inspiration and technology from the team behind the first Microsoft Kinect. Face ID is able to map a human face in 30.000 pints and unlock the handset with a single glance. It’s also meant to verify payments done with Apple Pay. According to Ming-Chi Kuo, the TrueDepth Camera will be integrated into the iPad Pro, leading us to believe that the concept we saw here was on to something.

It’s not very clear what diagonal we’ll see this time around, or if both the 9.7 inch iPad Pro and the 12.9 inch one will get upgraded. Expect an Apple A11X Bionic CPU inside, a bump in all cameras and maybe even some waterproofing. The big, big problem ahead is the fact that the TrueDepth sensors are very hard to manufacture, even for the iPhone X, so imagine that for more devices.

The yield is under 10%, so even the iPhone X faces a push to December. Meanwhile, the new iPad Pro is expected to come in the first half of the year.

LG to Supply Apple with Mini LED Screens for Next Gen...