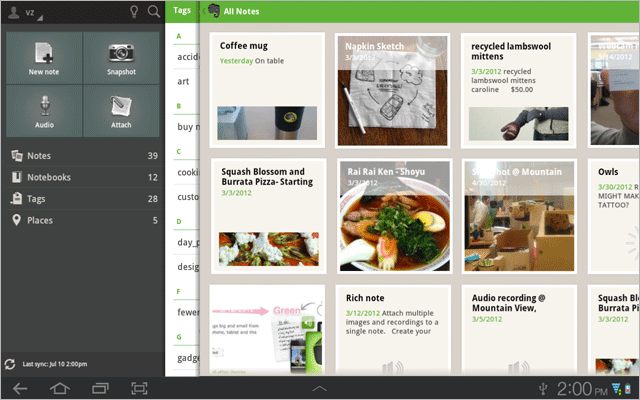 Evernote for Android just received an update to version 4.1, that brings tablet improvements, among others. There’s a redesigned tablet UI, a new note view and a lot of other enhancements. The app is supposed to look great on 7 inch slates for example, such as the Nexus 7, according to the guys who made the software, Evernote Corp.

There’s a sleek new home screen in this app, available when you launch the app. You can tap to create a new note or reach your notebook directly, or maybe access the tags and place views. Swiping interactions are also included now, for improved navigation in the application. One example is that from the home screen, you can tap on Notebooks and a notebook panel will slide in. Once you swipe the note list you’ll make it available in full screen more and if you swipe it in the opposite direction it will bring back the left panel.

There’s an improved note list design as well, with the shape of the note thumbnails changed and text contrast in titles improved. Evernote is able to save the location associated with your notes and you can view those easily in Places, as pins on the map. In the tablet version of Evernote for Android there’s a List View, a compact note list with basic info about notes, with titles, tags, snippets of text and attachments. You can download the app from here. 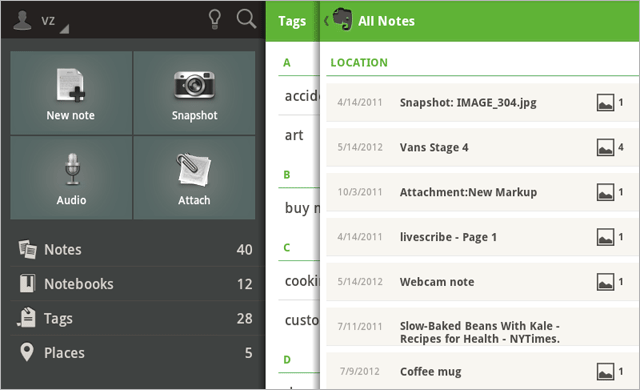