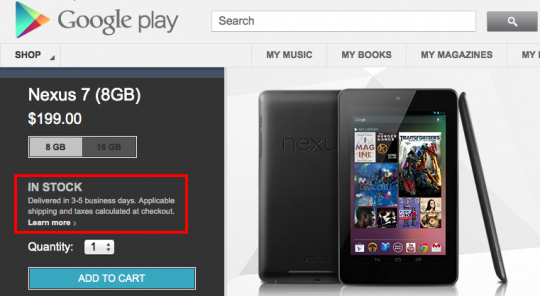 Google has just changed the status of the Nexus 7 tablet on the Google Play Store, that now says “in stock” and is expected to ship instantly. Previously, the 7 inch quad core slate was listed for preorder and only shipped in 1-2 weeks.

We’re talking about the 8GB version here, the one priced at $199, while the 16GB one got pushed back from 1-2 weeks to 3-4 weeks this week. Orders from the Play Store for this product started getting updated to current status last week and the products have been reaching the customers since Friday. Google has been saying that current orders would ship in 3 business days, so many people have received tablets today, as a conclusion. It’s sad about the 16GB version, that will make you wait 3 weeks or even a month.

It was obvious that the $199 model would sell out fast, which it did at most retailers in the States, even on Friday, the first day of availability for major sellers. Other places to look for this product included Gamestop, Staples, Sam’s Club and Wal-mart, but you should hurry, since they have limited stock. 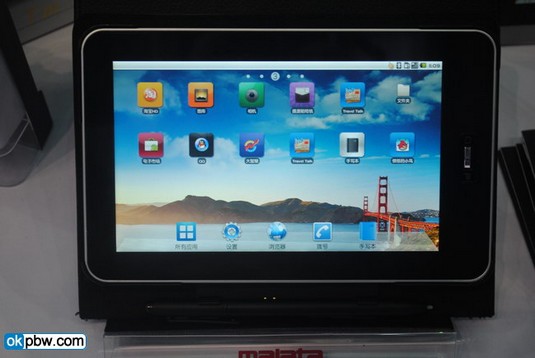