After some cheaper $500-ish Windows 8 tablets, it’s time to bring out the big guns. And by big I mean huge diagonal size big. Meet the Dell XPS18, freshly announced, priced starting at $899 and handled in the pics below.

We’re dealing with a combo that has become quite popular lately: all in one PC and tablet, with an 18.4 inch display. You can get the device with your choice of Intel processors, up to 8 GB of RAM and a large HDD. There’s also a 5 hour battery included and in case you’re wondering, the slate is not as heavy as it looks. It uses an aluminum frame that’s less than 18 mm thick and the whole thing weighs a bit over 5 pounds.

There’s a 1080p touchscreen included here and two magnetic arms that come out of the back of the device and position it at 3 different angles. There’s also an optional $49 metal charging stand that can tilt up the system. The port choice is moderate on the device, including two USB 3.0 ports, a 3.5 mm audio jack, an SD card slot and there’s also WiFi and Bluetooth 4.0 in the connectivity area. Twin speakers are included here and a 720p webcam will handle your chats. 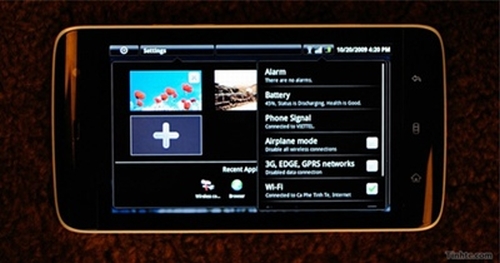